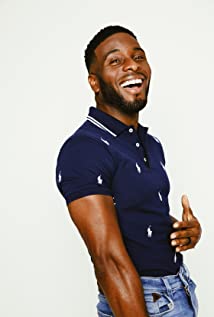 Acting Career - Hailing from the Windy City, Kel Mitchell began his acting career at the young age of 12 with the ETA Creative Arts Foundation. Young Kel wowed audiences with his on-stage performances in Chicago theatrical productions such as "Kasimu & the Coconut Palm" and "Dirt." But it was his outstanding performance in "Eden" at the historic Victory Gardens Theater, which caught the attention of a prominent talent agent. At the age of 14, Kel got the opportunity of a lifetime. He flew to Florida to be on a TV show on the then new network for kids, Nickelodeon. Kel beat out thousands of other kids and was cast in what soon became a groundbreaking TV show. Mitchell was an original member on Nickelodeon's "All That" from 1994-1999. He and co-star Kenan Thompson also starred in the spin-off series "Kenan & Kel" from 1996-2000, as well as a 1997 major motion picture, titled "Good Burger", which is the movie version of one of his sketches from "All That". The duo also appeared together in episodes of "Sister Sister" and "The Steve Harvey Show" Kel Mitchell starred in the 1999 comedy "Mystery Men" with Ben Stiller and William H. Macy and in 2000, "The Adventures of Rocky and Bullwinkle" with Robert De Niro, Jason Alexander and Rene Russo. Mitchell was also the voice of a mild-mannered and playful dog named T-Bone in the children's cartoon series "Clifford the Big Red Dog", alongside the late John Ritter from 2000 to 2003. In 2004, he also made an appearance in the Kanye West music video "All Falls Down" as a luggage collecting hotel valet. In 2005, Mitchell portrayed Manny Sellers in the sitcom "One on One" with Kyla Pratt, and in 2007 Kel starred in BET's new series "Take the Cake" Some of his other credits include in 2007 "Honeydripper" directed by John Sayles, with Danny Glover, Lisa Gay Hamilton, and Charles S. Dutton and in 2008, Mitchell appeared in two Detroit-based stage productions, "Affairs" and "Laundromat", the latter written by Carlos Faison and also starred comedian Buddy Lewis and Leanne "Lelee" Lyons of R&B group SWV. In 2009 Kel became the voice of Ant on "The Ant and the Ardvark" new cartoon series from MGM studios "Pink Panther and Pals" for Cartoon Network. He has also filmed his writing and producing movie debut called "Dance Fu" in which he also stars as the lead role. It was directed by Cedric the Entertainer and also starring Tommy Davidson, Rodney Perry, Katerina Graham, and Affion Crockett. Kel voices Dutch in the animated series "Motorcity" on Disney XD and Jay-Jay in the animated series WildGrinders on Nicktoons. Mitchell most recently made is directorial debut with a short film that he also wrote called, "She Is Not My Sister" & starred as "D-Rock" on the CW's new web series called, "Stupid Hype" alongside of "Heart of Dixie's" Wilson Bethel.Music Career - In 1996 he was a featured rapper on IMX's Billboard Hot 100 Top 40 hit "Watch Me Do My Thing" as his "Good Burger" character, Ed. In 1997 he wrote and performed "Were All Dudes" feat Less then Jake, the title song for the "Good Burger" movie. In 1999 his rap group with his two childhood friends wrote and performed "Who Are Those Mystery Men" on the "Mystery Men" movie soundtrack. In 2000 He was a featured rapper on Youngstown's "Pedal to the Steel" for the Disney television movie "Alley Cat Strike". In 2006 he and Dru Hill's Jazz wrote and performed "Up the game" for the movie "Like Mike 2: Streetball", and in 2008 he wrote and performed "Pray Together" for the gospel film "Don't Touch If You Aint Prayed 2" He has also done several parodies of hit songs, Kel has parodied celebrities such as Prince, 50 Cent and Michael Jackson just to name a few on a DVD called "Kel Videos Live" and in 2009 Mitchell directed Pop Artist Colby O'Donis's music video "Let You Go". He has voiced and wrote music for the animated cartoon called "Freaknik: the Musical" executive produced by T-Pain on Adult Swim.Philanthropist - Kel motivates kids by giving speeches at many junior high and high school's, he has a genuine interest in the youth and mentoring them to be future leaders. He is a spokesperson for and works with organizations like Nccsa: National Center for Child Safety and Awareness, The Boys & Girls Club, The National College Association from the producers of The Black College Expo, LA's Best After School Enrichment Program, Young Visionaries, Black Carson Chambers of Commerce and many more. Kel also host's a web-series called "Ask Pastor Zeigler" with his Pastor from Spirit Food Christian Center Church teaching youth how to use the words of the Bible and how to put there Godly faith to work. Mitchell also puts on a live dance competition each month for the inner city youth called "The Back House Party" he executive produces the show along with his wife, designer and Christian rap artist Asia Lee. They put on the show at "The Dream Center Gallery" located in Compton, California.Mitchell was honored with a Cable Ace Award in 1997 for Best Actor

Attack of the Show!