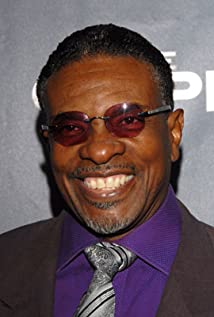 Keith David is a classically trained actor, winning 3 Emmys out of 6 nominations as well as being nominated for a Tony award. He starred in the recently concluded TV series "Greenleaf" for Oprah Winfrey's OWN network. Upcoming films include "Horizon Line" with Allison Williams ("Get Out") and "Black As Night," for Amazon.In "Greenleaf" Keith portrayed 'Bishop James Greenleaf', the charismatic and God-fearing leader of the Calvary Fellowship and the patriarch of the family. The series followed the unscrupulous world of the Greenleaf family, their scandalous secrets and lies, and their sprawling Memphis megachurch. The series was praised for its push and pull dynamic, its hypocrisy, and its compelling characters. Keith's stellar performance was best stated by The Hollywood Reporter, "... Keith David ...is perfectly cast as Bishop Greenleaf. Whether he's playing to the congregation at the altar or getting conspiratorial in a smaller venue, this is an unusually great and meaty role for David."On the big screen, Keith co-starred with Chadwick Boseman in "21 Bridges". Prior credits include "Night School" with Kevin Hart and Tiffany Haddish and "Tales from the Hood 2". Additional titles include the Academy award-winning films "Crash" and "Platoon." He is widely recognized for appearing in the highly-acclaimed films Disney's "The Princess and the Frog", "Requiem for a Dream", "Men at Work", "They Live", "There's Something About Mary", and "The Thing."Other recent TV credits include an upcoming appearance on "Creepshow," "NCIS: New Orleans", "Blackish," MacGyver", and "Fresh Off the Boat". Earlier credits include "Community", "Enlisted", "ER", and "Mister Roger's Neighborhood". On Broadway, Keith starred in August Wilson's "Seven Guitars" and "Jelly's Last Jam" for which he garnered a Tony Award nomination for Best Supporting Actor in a Musical.Keith's work as a voice actor has made him a household name. His rich and powerful voice has been featured in national commercials, award shows, documentaries, video games, and animation. His work in narration has earned him three Emmys for Ken Burns' "Jackie Robinson", "The War", and "Unforgivable Blackness - The Rise and Fall of Jack Johnson". Some of his other voice acting credits include countless fan favorites such as "Adventure Time", "Bojack Horseman," "Rick & Morty", "Spawn", and "Gargoyles". Keith has lent his voice to many video game titles. Recently he portrayed the character "Spawn" in the reboot of the "Mortal Kombat" video game. Other appearances include the "Halo" series (games 2, 3, and 5), the "Saint's Row" series (games 1, 2, and 4), as well as the "Mass Effect" series (games 1,2, and 3).Born and raised in New York by his parents Lester and Dolores, Keith became interested in the arts at a very young age. After appearing in his school's production of "The Wizard of Oz", he knew this was what he wanted to do for the rest of his life. He enrolled in New York's High School of the Performing Arts and continued his studies at The Juilliard School. After graduation, he was immediately hired by Joseph Papp as an understudy for the role of Tullus Aufidius in William Shakespeare's "Coriolanus." His work with Mr. Papp and the New York Shakespeare Festival launched his incredible career.In addition to his versatile acting and voiceover work, Keith is also a remarkable singer. He's has been touring in 2 shows, "Too Marvelous for Words", in which he portrays the legendary singer Nat King Cole, and a show about the incredible Blues singer Joe Williams, "Here's to Life."Twitter: @ImKeithDavid Instagram: @SilverThroat Facebook: @ImKeithDavid

The 101 Scariest Horror Movie Moments of All Time