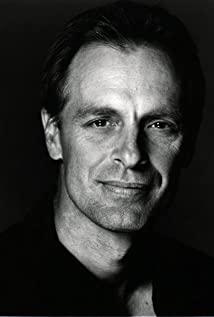 It seems the second generation of acting Carradines -- David, Keith and Robert -- are proudly continuing the family tradition and begetting a third generation of talent. The dynasty began with veteran Hollywood patriarch John Carradine, the son of a surgeon and a correspondent for the Associated Press. Keith was a child, born of John's second marriage to actress Sonia Sorel.Lanky, laid-back and highly likable, Keith Ian Carradine was born in San Mateo, California, on August 8, 1949. His parents divorced when Keith was six. Following in the footsteps of older half-brother and mentor David Carradine, Keith studied theater arts at Colorado State University in Fort Collins, Colorado, but dropped out after only one semester to pursue his career. Soon after, he auditioned for "Hair" in Los Angeles and made his Broadway debut in the 1969 rock musical, playing the role of Claude for an extended period of time. Keith next appeared with his father in a stage production of "Tobacco Road" (1970) in Florida.The following year Keith broke into films with a part in the Kirk Douglas/Johnny Cash western A Gunfight (1971). Legendary director Robert Altman was quite taken by Keith's work in the film and gave him a part in his own movie McCabe & Mrs. Miller (1971), which sparked the first of many endeavors together. Keith also made a strong showing on TV, making his mini-movie debut with Man on a String (1972), and appearing with brother David in the TV movie pilot and various episodes of the cult series Kung Fu: Pilot (1972) as the teenage version (seen in flashbacks) of David's character Kwai Chang Caine.Keith continued to impress in Altman's films. He played one of three convicts in the critically-acclaimed movie Thieves Like Us (1974), but scored Oscar gold with his next Altman film, Nashville (1975) -- not with his acting but with his songwriting. His composition "I'm Easy" won both the Oscar and Golden Globe for "Best Song". Keith also earned a Grammy nomination in 1976 for his contribution to "Nashville" in the "Best Original Score Written for a Motion Picture or Television Special" category.Keith first association with Altman's protégé, Alan Rudolph, occurred filming Welcome to L.A. (1976), to which he again contributed his music talent. Keith's rangy handsomeness and low-keyed acting style were on full display as he increased his popularity with appearances in such films as Ridley Scott's The Duellists (1977); Louis Malle's first American film, the visually-striking Pretty Baby (1978), that made a controversial star out of young Brooke Shields; and the comedy/romance An Almost Perfect Affair (1979). One acting trick that worked was pairing all three Carradine brothers in The Long Riders (1980), which recalled the infamous lives of brothers Cole, Jim and Bob Younger, and boasted three other sets of acting brothers (Keach, Quaid and Guest) as various other outlaw siblings.Keith's acting reviews throughout much of his career would be decidedly mixed -- some would find his unassuming, introspective acting too listless while others found it beautifully realized and understated. Many of his best notices came from the Altman and Rudolph films, appearing in two of Rudolph acclaimed 80s works -- Choose Me (1984) and The Moderns (1988). He also persevered on TV with award-worthy work. His role in the mini-series Chiefs (1983) netted an Emmy nomination, while his recurring role as Wild Bill Hickok in Deadwood (2004) earned a Golden Satellite nomination and his work in the made-for-TV-film Half a Lifetime (1986) scored a CableACE nomination. Regular series work came late in his career, starring in Fast Track (1997), Outreach (1999) and Complete Savages (2004), all of which were short-lived.Keith's career was revitalized on the 80s and 90s stage. In addition to strong roles in "Another Part of the Forest" (1982) and "Detective Story" (1984), he won the Outer Critics Circle Award for his excellent work in 1982's "Foxfire" opposite Jessica Tandy and Hume Cronyn_ and then roped a Tony and Drama Desk nomination as humorist Will Rogers in the Broadway musical "The Will Rogers Follies" (1991). Most recently (2005) he starred in the American premiere of David Hare's satire "Stuff Happens" as none other than George W. Bush while expounding on the 2003 invasion of Iraq.Keith has been married twice. Of his two children born from his first union to actress Sandra Will, who played opposite him in the film Choose Me (1984), son Cade Carradine recently portrayed Lord Oxford in the film Richard III (2007) and daughter Sorel Carradine has been seen on TV. Keith and Sandra eventually divorced and he married actress Hayley DuMond in 2006; they met while appearing in the film The Hunter's Moon (1999). Keith's daughter Martha Plimpton, a highly gifted actress on her own, was a child from his relationship to actress Shelley Plimpton, whom he met when both were cast members in "Hair" back in 1969.Keith continues to write and compose. More recently