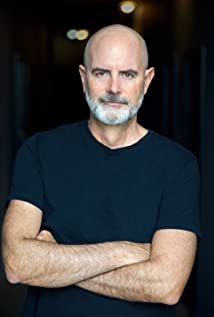 Canadian Keir Cutler is the playwright/performer of several award-winning solo plays, and has performed as an actor in many television and film projects. He has appeared in scenes with Ben Stiller, Jennifer Love Hewitt and Eddie Murphy.His solo plays include "Teaching Shakespeare: A Parody" (French translation, "Fou de Shakespeare"), and the sequel "Teaching Detroit," a monologue adaptation of Mark Twain's "Is Shakespeare Dead?," "Teaching Witchcraft," "Lunatic Van Beethoven," "Teaching As You Like It," "Teaching the Fringe," "Rant Demon," and "Shakespeare Crackpot" He is also the author of the two-character comedy, "Teaching Hamlet," and the science fiction play, "2056."He has performed his monologues across Canada, in New York City London, UK and four of his solo shows are broadcast on television by Bravo!/Canada.Keir Cutler has been called"a masterful entertainer," (Winnipeg Free Press) "a marvel to watch," (Toronto Sun) "formidably delightful," (Off-Off Broadway Review, New York) "blisteringly funny," (Hour, Montreal) "a real theatrical gift," (Ottawa Citizen) "a phenomenal performer," (winnipegonstage.com) "supremely witty," (Edmonton Journal) "a penetrating presence," (Backstage, New York) "consistently intelligent," (CBC, Edmonton) "one of solo theatre's superstars." (Montreal Gazette)Keir has a PhD in theatre from Wayne State University in Detroit, a playwriting diploma from the National Theatre School of Canada and has a B.A from McGill University. Keir is the video spokesman for the "Declaration of Reasonable Doubt About the Identity of William Shakespeare."In the late 1970s, Keir played football at McGill University. He once scored three touchdowns in a single game against Concordia University. He was drafted by the Montreal Alouettes of the Canadian Football League, but did not make the team.Keir is married and lives in Canada. He is represented as an actor by TBT Management, in Montreal, Canada.

The Year Dolly Parton Was My Mom