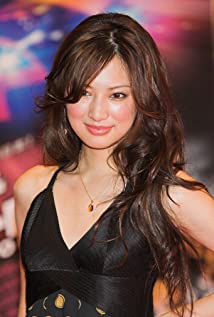 Keiko Kitagawa, very commonly known as Sailor Mars in the live action series of Sailor Moon, Pretty Guardian Sailor Moon (PGSM), is a seventeen magazine model turned actress and singer. Born on August 22nd 1986 in Hyogo Perfecture, Japan, Keiko has a lived an unexpected life. From growing up in Kobe and losing many friends in the 1995 Great Hanshin Earthquake to being uncertain about her childhood dream of being a doctor. Fortunately, fate had other plans for Keiko when she was scouted by a talent agency who recognized her as a born star. Approval from her parents was not an easy task because their main concern was her studies and having her graduate from a university. In the end, Keiko proved to be victorious winning Miss Seventeen 2003 and landing a modeling contract until 2006. During that time, Keiko won the role of Rei Hino aka Sailor Mars in the live action series of Sailor Moon, her first acting role. After that famous role, she starred in a numerous of movies. One in particular was Fast and the Furious: Tokyo Drift, in which she had a small role but had a chance to come to the United States for filming and premiers. This journey to the US prompted her to study the English language and now she is fluent in English. Keiko continues her studies and is majoring in Commercial Science at Meiji University in Tokyo. In 2007 she is working on 5 new projects and one of them is a new drama series, Mop Girl now playing on Asahi TV.

Let Me Eat Your Pancreas