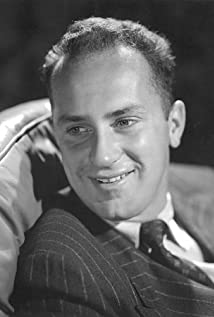 The talented scion of a show-business family, Keenan Wynn's father was the great burlesque and television buffoon Ed Wynn while his maternal grandfather, Frank Keenan, earned distinction on the other side of the entertainment ladder as a Shakespearean tragedian. Mother Hilda Keenan was also a minor actress. Born in New York City on July 27, 1916, during the height of his father's Broadway popularity, Keenan grew up in the lap of luxury and was educated at St. John's Military Academy. He initially followed in his grandfather's dramatic footsteps as opposed to his father's clown shoes, making his professional bow in Maine with the Lakewood Players in a production of "Accent of Youth". By 1937, he was on Broadway with "Hitch Your Wagon" in two small roles. During the run of the show, he met first wife, actress Evie Wynn Johnson, who became his coach, manager and advisor. At the same time, he began to get steady radio work.Through the aid and encouragement of his wife and her contacts, he eventually wrangled screen tests for both 20th Century-Fox and MGM. Turned down by the first studio, he signed with Metro-Goldwyn-Mayer at a rather low pay scale of $300 a week. At MGM, Keenan became the utilitarian character player, adept at playing almost anything handed to him. Balding, homely but with real distinctive, imposing features, he made his unbilled debut in Somewhere I'll Find You (1942), and went on to play a grab-bag of shady brutes, usually in comic relief style. He was Gene Kelly's agent in For Me and My Gal (1942), a gangster in Lost Angel (1943), a soldier buddy to Robert Walker in See Here, Private Hargrove (1944) and its sequel; a drunk in a diner in The Clock (1945); Lucille Ball's tipsy beau in the Katharine Hepburn / Spencer Tracy vehicle Without Love (1945); and a news editor paired up with Ms. Ball again in Easy to Wed (1946). Moreover, he was given "B" co-star assignments in lesser material such as The Thrill of Brazil (1946), No Leave, No Love (1946) and The Cockeyed Miracle (1946).Two sons were born to Keenan and Eve during the war years but he and Eve soon drifted apart. In 1946, the couple filed divorce papers with a third-party involvement in the form of family close friend and MGM star Van Johnson. Eve went on to marry Johnson the day after the couple's divorce was decreed in 1947. Keenan's second marriage in 1949 to Betty Jane Butler lasted only four years.He resigned with Metro-Goldwyn-Mayer in the postwar years and ventured on as one of Hollywood's strongest character players. The drawback was that not many of his roles were high-quality challenges, roles that might have moved him toward the top of the MGM hierarchy. The more scene-stealing roles that came to him were his disagreeable, self-important burlesque star in the Clark Gable starrer The Hucksters (1947); his jazz reedman in Song of the Thin Man (1947); and the songwriter friend to Kirk Douglas in My Dear Secretary (1948). He was also given his quota of vulgar, blunt-talking villains to play, both comically and dramatically, in such films as Love That Brute (1950), Kind Lady (1951) and, in particular, his Runyonesque gangster in the musical classic Kiss Me Kate (1953). Partnered with co-hort James Whitmore, their rendering of "Brush Up Your Shakespeare" was one of many comedy highlights. He also doled out a number of brash soldier types in such films as Fearless Fagan (1952), Battle Circus (1953), Code Two (1953) and Men of the Fighting Lady (1954).After leaving Metro-Goldwyn-Mayer in 1954, he set his sights on television, but the lure of films (and steady work) never stopped. In The Great Man (1956), Keenan finally appeared with father Ed Wynn, who had suffered a major career slide and subsequent nervous breakdown. Keenan, who at one time had gone to great lengths to extricate himself from his father's famous shadow, was now an instrument of encouragement. He suggested the elder Wynn abandon his old-styled clowning in favor of a serious character acting. His father agreed to try and appeared in a small role in the film but they had no scenes together. The risk worked. The following year both were being hailed for their superlative work together in the dramatic television production Playhouse 90: Requiem for a Heavyweight (1956).Disney employed both father and son in the 1960s with a mustachioed Keenan as an exceptionally hissable villain in the studio's comedy feature The Absent Minded Professor (1961) and its sequel, Son of Flubber (1963). His hammy antics were spurred on in Dr. Strangelove or: How I Learned to Stop Worrying and Love the Bomb (1964), The Great Race (1965), Viva Max (1969) and Pretty Maids All in a Row (1971), along with standard, if not always stand-out, television work. His annoying, fast-talking conmen, scheming tycoons and other unappetizing cronies never lost their demand. In 1975, he earned an Emmy Award nomination for his guest-starring role on Police Woman (1974).Though his later years were marred by a seve

Hyper Sapien: People from Another Star

Tales from the Darkside

The Return of the Man from U.N.C.L.E.: The Fifteen Years Later Affair

A Piano for Mrs. Cimino