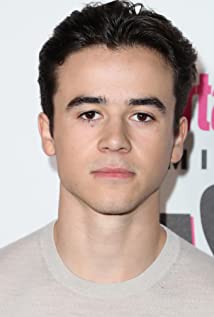 Keean Manny Johnson, born Oct 25, 1996 by the foothills of the Colorado Rockies, is the son of a British father and an American mother. Home schooled for most of his life with his younger brother Cade, he balances much of his time between his passions for dance, music, acting, and photography. After performing over 300 shows on Broadway Keean moved from Manhattan to perform the same role in Chicago in 2010. He was soon seen on stage by a casting director (Claire Simon) and encouraged to move to Los Angeles with his family to further study acting and audition for TV and Film.Keean Johnson's first feature film performances was a leading role in the James Cameron produced and Robert Rodriguez directed Alita: Battle Angel. The $200 Million budget film had Keean starring alongside Christoph Waltz and Jennifer Connelly among other notable co-stars. Keean can soon be seen co-starring in Lionsgate's MIDWAY directed by Roland Emmerich where he appears alongside Luke Evans, Woody Harrelson and Aaron Eckhart. Other films Keean has completed production on include Cut Throat City (directed by RZA and co-starring Wesley Snipes, Terrance Howard and Eiza Gonzalez), A24's Low Tide, We Summon the Darkness and Emperor. On the small screen, Keean appeared on the hit NBC series "Nashville" as well as the popular Freeform series "The Fosters." Prior to Keean's on-camera success, he was in the hit Broadway musical Billy Elliott. In his free time, Keean continues to dance and focus on his passions of making music, photography and art.

The Ultimate Playlist of Noise