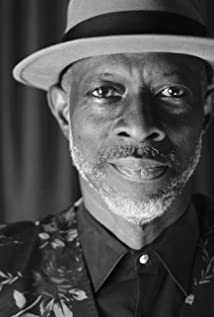 Singer-songwriter and guitarist Keb' Mo's music is a living link to the seminal Delta blues that traveled up the Mississippi River and across the expanse of America--informing all of its musical roots-before evolving into a universally celebrated art form. Born Kevin Moore in South Los Angeles to parents originally from the deep South, he adopted his better known stage name when he was a young player who became inspired by the force of this essential African-American legacy. In the storied tradition of bluesmen before him including Muddy Waters-formerly McKinley Morganfield-and Taj Mahal, who began his days as Henry St. Clair Fredericks, Moore became known as Keb' Mo'. His acclaimed self-titled 1994 debut album introduced that now famous appellation to the world, and his latest album, 'Live & Mo' represents another musical experience to be savored.Mo's music is also a purely post-modern expression of the artistic and cultural journey that has transformed the blues, and his own point of view, over time. His distinctive sound embraces multiple eras and genres, including pop, rock folk and jazz, in which he is well-versed. In total, it owes as much to contemporary music's singer-songwriter movement, encompassing his longtime friends and collaborators Bonnie Raitt and Jackson Browne, as to the spirit of blues godfather Robert Johnson that dwells in his work. For Keb' Mo', the common bond between these influences is the underlying storytelling ethic, the power of song to convey human experience and emotional weight.Keb' Mo' is a three time Grammy winner for Contemporary Blues Album and was Grammy nominated for Country Song of the Year for 'I Hope' a co-write with the Dixie Chicks that appears on their latest album. His songs have also been covered by such artists as BB King, Wynonna, Joe Cocker, Buddy Guy, Robert Palmer and Tom Jones! He has been a featured guest on other artist recordings including India Aire, Marcus Miller, Natalie Cole, Bonnie Raitt, Solomon Burke, Ray Charles, BB King, Buddy Guy, The Dixie Chicks, Amy Grant, Willie Nelson, and the global musical movement of Playing for Change.On camera he has appeared and performed music for several television and motion pictures including playing himself, singing "America The Beautiful" during the inauguration scene of the moving series finale of the award-winning show The West Wing. He also appeared in John Sayles latest film 'Honeydripper' and in Martin Scorcese's PBS special 'Feel Like Going Home and concert documentary 'Lightning in a Bottle'. In June 2010 Keb' Mo' was honored to participate by personal invitation of Eric Clapton on his Crossroads Guitar Festival and subsequent theatrical, television and DVD releases. Currently he performs the theme song and original music on the TNT drama 'Memphis Beat' starring Jason Lee and Alfre Woodard. Keb' Mo' is working with producer Chuck Lorre on his new CBS sitcom 'Mike & Molly'. Keb' wrote and performs the theme song as well as the compositional cues.

Another Day, Another Time: Celebrating the Music of Inside Llewyn Davis

All the King's Men

Lightning in a Bottle

Hellhounds on My Trail: The Afterlife of Robert Johnson