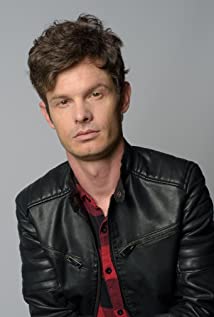 Kaz McFadden was born in Pretoria, South Africa. After matriculating at HTS John Vorster, he enrolled at the Performing Arts Lifestyle Institute (PALI). After completing his third year at PALI in 2006, he made his debut on national television in "Binnelanders". In 2007 he completed his fourth year at PALI as well as accepting a permanent role on the KykNet soap "Villa Rosa". Since then he has appeared in other television productions such as "Egoli-Place of gold", "Die uwe Pottie Potgieter" and Koos Roets' "Pantjieswinkel stories". He recently played Dewald in 7de Laan and could also be seen in theatre productions such as "Paulus", "Noises Off", "Vaselinetjie" and "Somewhere on the Border". Apart from his acting credits, Kaz acts as Artistic Director of Nomad Productions or the Nomads as they are popularly known. As writer and director Kaz has presented "Fladder", "Grond", "Skemer" and the Christmas special "Aan die Ander Kant" featuring well-known actors like Gavin van den Berg and Shareen Swart. On film he can also be seen in "Egoli: Afrikaners is plesierig", "Angus Buchan's Ordinary people" and Katinka Heyns' "Die Wonderwerker", "Knysna" and in the leading role in "Strikdas". In 2012 Kaz was nominated for an Ikussasa Youth actor of the year Award and in 2015 he received a nomination from the Royal Soapy Awards.