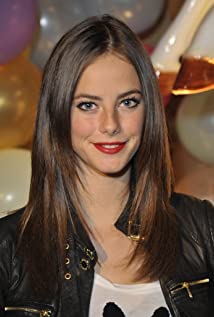 Kaya Rose Scodelario was born in Haywards Heath, Sussex, England, to Katia (Scodelario) and Roger Humphrey. Her father was English and her mother is Brazilian, of Italian and Portuguese descent. Her surname comes from her mother's Italian grandfather. Thanks to her mother, Kaya grew up fluent in Brazilian Portuguese, as well as English. At the age of fourteen, she auditioned for Skins (2007), the debut series for new channel E4 that would become known for casting real teenagers like her, who had no professional acting experience, rather than experienced adult actors. She won the role of "Effy Stonem" and joined the show in January 2007. After an challenging debut in which she never spoke, Scodelario and Effy made quite an impression on viewers. At the forefront of many disasters, including stalkers, death, and sexual pressures, Effy became a fan favorite for her ability to resolve testing life situations while keeping her head above water. As the character and the role grew, Scodelario enjoyed depicting what she described as the realistic trials and challenges Effy faced with friendships, relationships, and adolescence. After two seasons of Skins (2007), the series endured an overhaul at the end of 2007. Feeling that most of the characters had run their course, the writers wrote out every character except Effy. This put significantly more pressure on Scodelario because it meant that she would be the most recognizable face for season three. As she waited for the new season of Skins (2007) to begin, she took advantage of her recent clout to seek out additional career opportunities. She joined the elite agency Models 1 and soon was featured as the cover model for SuperSuper Magazine. She made her feature film debut with a role in Moon (2009), starring Sam Rockwell as an astronaut suffering from surreal encounters while on the moon. With a blossoming film career and her successful TV series to fall back on, Kaya Scodelario is certainly someone to watch.