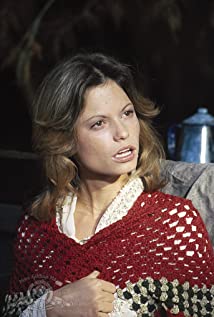 Born Kay Ann Lenz on March 4, 1953, the comely, pert-nosed, dark-haired, award-winning actress came from an L.A. showbiz family -- her father being producer/commentator Ted Lenz and her mother model/radio engineer Kay Miller Lenz. At the ripe old age of eight weeks, Kay appeared on her first TV show produced by her dad as a baby being held up and sung to. She must have taken to the attention because she continued to appear on her father's TV shows and commercials throughout her childhood.In the 1960s, she appeared as a teen on stage (Pasadena Playhouse) and, using the stage name Kay Ann Kemper, moved into TV in 1967 with several episodes on the religious series This Is the Life (1952). She went on to appear on such popular programs as "The Monroes" and "The Andy Griffith Show," Returning to theatre work, she left the small screen until 1972, when she was spotted on episodes of "Ironside" and "Owen Marshall" as well as the TV movie (and unsold pilot) where she started earning attention playing feisty, troubled teens. Initially billed as Kay Ann Kemmer, she appeared in a bit part on the classic George Lucas 1950's film American Graffiti (1973)Kay began to flirt with serious 1970s film stardom after being cast by director Clint Eastwood in the troubled, titular role of Breezy (1973) opposite William Holden as a plucky, but hard luck hippie/free spirit who has an affair with a much older businessman. She earned a Golden Globe nomination as "Most Promising Newcomer." Unfortunately, although Kay was singled out for her affecting performance, the movie itself was ignored. Around that same time she earned a Daytime Emmy Award for her performance in a 1974 episode of The ABC Afternoon Playbreak (1972)Although she ventured on, none of her subsequent strong work in such films as White Line Fever (1975), The Great Scout & Cathouse Thursday (1976), Moving Violation (1976), Mean Dog Blues (1978), The Passage (1979) and House (1985) and/or TV movie dramas as Lisa, Bright and Dark (1973) (title role), A Summer Without Boys (1973), Unwed Father (1974), The Underground Man (1974), The F.B.I. Story: The FBI Versus Alvin Karpis, Public Enemy Number One (1974), Journey from Darkness (1975), The Initiation of Sarah (1978) (title role), The Seeding of Sarah Burns (1979) (title role) and Sanctuary of Fear (1979) would help push her into the top star echelon. She did, however, earn fine notices and an Emmy nomination for her portrayal of Kate Jordache in the acclaimed mini-series Rich Man, Poor Man (1976) and had a standout role as Doreen in a recurring role on the series How the West Was Won (1976).Continuing to appear on series TV, including dramatic appearances on "The Streets of San Francisco," "Gunsmoke," "Medical Center," "McCloud" and "Cannon," Kay gained uninvited attention after her wedding to superstar teen idol David Cassidy in 1977. The marriage would last six years.Kay's career has remained quite solid since she entered mid-career. On film, she played an adulterous wife (and earned a bit of notoriety for her nude scenes) in the prison drama Fast-Walking (1982); co-starred with William Katt as an actress and his ex-wife in the haunted house thriller House (1985); played the girlfriend of vigilante Charles Bronson in another of the "Death Wish" series: Death Wish 4: The Crackdown (1987); is terrorized along with her family by escaped convicts in Fear (1988); is top-billed as an investigating cop in the voodoo horror Headhunter (1988); portrays a mobster's wife in the Burt Reynolds crime drama Physical Evidence (1989); appeared in a film vehicle for rock singer John Mellencamp as his lover in Falling from Grace (1992); and essayed the role of the ex-wife of notorious gunfighter Lance Henriksen in Gunfighter's Moon (1995).TV remained a primary source of gritty work -- "Hill Street Blues," "Magnum P.I.," "Cagney & Lacey," "Heart of the City," "Moonlighting," "Simon and Simon," "Lois & Clark" and "Touched by an Angel." She topped it off with Emmy nominations for her performance in Midnight Caller (1988) and for her defense attorney Maggie Zombro in Reasonable Doubts (1991). Into the millennium, she was seen on episodes of "ER," "JAG," "Heartland," "Cold Case" and "Bones," and, on the large screen, reunited with "House" co-star William Katt as harried parents in the high school comedy The Secret Lives of Dorks (2013) and a earned a poignant co-starring role in the social drama More Beautiful for Having Been Broken (2019).

More Beautiful for Having Been Broken