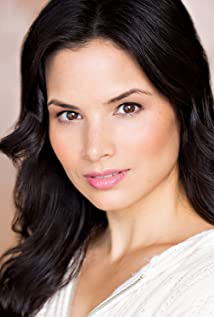 Ever since she was a child growing up in South Jersey, Katrina Law had more energy than she knew what to do with. Her mother (being the brilliant mother that she is) recognized this at an early age and enrolled Katrina in a variety of activities ranging from dance and gym classes to karate lessons, soccer practice and voice coaching. You name the activity and Katrina's mother probably had her try it at least once. When she graduated high school her yearbook was filled with photos of her on the Varsity Track team, Varsity Soccer Team, Varsity Cheerleading Squad and even the Varsity Weightlifting Team. She was also a member of The National Honors Society and won the title of Miss New Jersey Teen USA where she went on to represent the state at finals on national television.This eccentric collection of interests and activities, combined with her exotic physical appearance usually means that the first question people as her is, "What are you?"What she is, to answer their question, is a typical small town American Girl. Her parents met during the Vietnam War; her father being a Catholic of German and Italian decent serving in the U.S. armed forces and her mother a Buddhist living in Taiwan, working as a bartender. This combination of cultures learning to live in harmony under one roof taught Katrina tolerance, patience, understanding, and humor as a child and still guides her to this day.After graduating with a Theater degree from The Richard Stockton College of NJ, Katrina's acting education continued on in the big cities of Philadelphia and New York. There she not only deepened her understanding of acting as an art form, but she also sharpened her teeth on the business of acting. In New York City she earned her S.A.G. eligibility on the set of Numbers with Nora Ephron and John Travolta and finally joined S.A.G. when she booked a Guest Star on NY's "The Third Watch". Since then she has gone on to act in many exciting projects including a three episode arc as the Mord'Sith "Garen" in Legend of the Seeker and as the series regular "Mira" in the hit new show Spartacus: Blood and Sand.