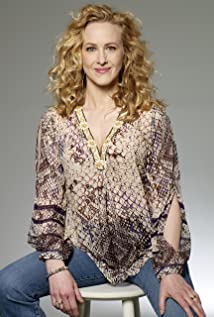 Katie Finneran was raised in Miami, Florida. After a brief stint in conservatory training, she left college to make her mark in the entertainment industry. She quickly began racking up credits in theater, film and television. She has appeared in You've Got Mail (1998), Liberty Heights (1999) and Night of the Living Dead (1990). Her television work includes appearances on Frasier (1993), Oz (1997) and Sex and the City (1998). Her greatest achievements have been onstage. Katie's regional theater work includes "Hedda Gabler" with Kate Burton (Bay Street and Williamstown Theatre Festival) and "The Smell of the Kill" (Berkshire Theatre Festival). Her off-Broadway credits include parts in "Arms and the Man", "Edith Stein", "Bosoms and Neglect", "You Never Can Tell", "A Fair Country" and Encore's "Lil' Abner". She has also appeared on Broadway with Kevin Spacey in "The Iceman Cometh", 'Neil Simon (I)''s "Proposals", "The Heiress", "In the Summer House", "My Favorite Year", "Two Shakespearean Actors", "On Borrowed Time" and as Sally Bowles in the Tony-winning revival of "Cabaret".Katie shot to stardom with her winning, witty turn as Brooke Ashton in Michael Frayn's farce "Noises Off!", for which she received critical acclaim and a 2002 Drama Desk and Tony Award for her portrayal. Katie left the show on July 14, 2002, to begin her work on the CBS sitcom Bram and Alice (2002).

I Hate My Teenage Daughter