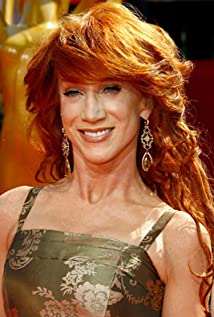 Kathy Griffin was raised in the near-west Chicago suburbs, in an Irish-American family. She has three older brothers and an older sister. When her parents retired to California, Kathy moved west with them after graduating from Oak Park River Forest High School, and began trying to break into show business. She performed with the Groundlings, then paid her dues doing stand-up at various clubs until she was discovered. According to her brothers, as a kid Kathy would circulate among the guests at parties and tell jokes. Kathy holds a Guinness World Record for the most televised standup comedy specials of any comedian. She starred in the Emmy-winning reality series Kathy Griffin: My Life on the D-List (2005).

Propaganda: The Art of Selling Lies