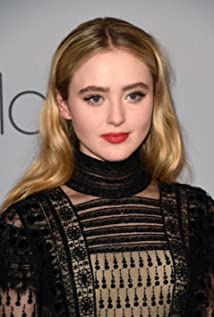 Kathryn Newton can be seen as the lead of Amazon's The Map of Tiny Perfect Things, which was released on February 12th, 2021. In the fall of 2020, Kathryn starred opposite Vince Vaughn in Universal's highly anticipated horror-comedy Freaky, in which she starred as a high schooler who switches bodies with the local serial killer, played by Vaughn. Kathryn will next go into production on Marvel's Ant-Man and the Wasp: Quantumania, in which she will star as 'Cassie Lang' opposite Paul Rudd.Previously, Kathryn has starred opposite Ryan Reynolds and Justice Smith in Pokemon Detective Pikachu for Legendary. She can be seen in Netflix's The Society and Blockers for Universal, which was the highest earning R-rated comedy of 2018.She has worked with Martin McDonagh in the critically acclaimed film Three Billboards Outside Ebbing Missouri, Peter Hedges in Ben is Back and Greta Gerwig in Lady Bird. She has also worked with Jean-Marc Vallee and Andrea Arnold in Big Little Lies in which she played Reese Witherspoon's daughter.Previous credits for Newton include CW's Supernatural, AMC's Mad Men, AMC's Halt and Catch Fire, CBS's Bad Teacher, Gary Unmarried and Paramount's Paranormal Activity 4. Newton started her acting career at the age of 4 and is also an avid golfer.

The Map of Tiny Perfect Things