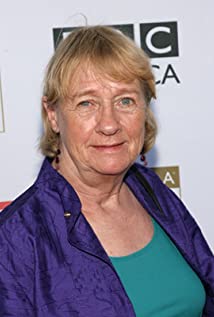 Kathryn is best known for her portrayals of "Karen McCluskey" on Desperate Housewives (2004) on ABC and of "Mrs. Landingham", secretary to the President (Martin Sheen), on the critically-acclaimed NBC drama, The West Wing (1999). She has also recurred on Dharma & Greg (1997), and guest-starred on many hit television series, such as Becker (1998), Arli$$ (1996), Ally McBeal (1997), Providence (1999), Scrubs (2001) and over twenty other prime-time shows. Kathryn will also be seen later this year on ABC's daytime drama, General Hospital (1963). Her credits are impressive for any actor, let alone one that only began the craft at age 42.Although only put into action well into her middle years, Kathryn's dream began in her twenties, when her mother died of cancer in 1963. While dying in the hospital, her mother shared that her biggest regret was not following her dreams. Kathryn vowed, at that moment, that she would someday pursue her own dream of acting.At the time, she was entering into a new career as a psychiatric nurse in a medium security wing for disturbed teenagers. Through that job, she met and married a psychiatrist, gave birth to two boys and settled down as a suburban housewife in Lake Forest, Illinois, a well-to-do suburb of Chicago. But Kathryn never forgot her dream of acting, something that she never had time to pursue in-between caring for her children and husband. In 1980, her husband's alcoholism led Kathryn to a divorce and a difficult situation; a single mother with two young sons. Rather than lose hope, she took the opportunity to change her life forever and follow her lost dream.Kathryn took classes at Steppenwolf Theater in Chicago and performed at community theaters all over Northern Illinois. By day, she supported her family hanging wallpaper and painting the mansions of Lake Forest, working as a sales person for a Welcome Wagon company and using her contacts to book film and print locations in the houses she was painting. By night, Kathryn was improving her skills and moving from community theater to semi-professional theater. Her first break was in 1991. Disney held a cattle call for street performers for Disney World. After standing in line for five hours, Kathryn got the part and moved shop to Orlando, Florida. Though she was living behind an adult arcade in the "tourist unfriendly" part of Buena Vista, Kathryn was finally earning her living through performance and loving it. The part only lasted for a year and, once again, Kathryn was forced to supplement her acting income with other work -- bar-tending and catering during the day, theater at night. Though the acting gig was over, the move to Florida proved one thing to Kathryn...she had the talent to make it as an actor. She did it once and she could do it again. Unfortunately, it took her two and half years to realize it wouldn't happen in central Florida.In December 1995, Kathryn again packed a truck and drove to Hollywood. Although she didn't have an agent and had no contacts, Kathryn never hesitated following her dream. In only five months, she landed her first part...two lines in Family Matters (1989). In the six years since then, she has appeared in over a dozen plays, six movies, eleven national television commercials, two pilots, ten drama series and over twenty sitcoms. From her many roles, Kathryn is recognized as one of Murphy Brown (1988)'s secretaries, Frasier (1993)'s agent's mother and the bingo buddy to Drew Carey's girlfriend, on The Drew Carey Show (1995). But it is her portrayal of "Mrs. Landingham", the foil, friend and secretary to Martin Sheen's "President Bartlet" on The West Wing (1999) that propelled her into the spotlight she truly deserves. She followed that up with her last huge roll as Karen McCluskey for 8 seasons on ABC's Desperate Housewives (2004), which won her two Emmy awards. Joosten made a guest appearance on CBS daytime soap The Bold and the Beautiful as part of the show's 6000th episode, which featured several other real-life lung cancer survivors discussing their experiences. She was named the national spokesperson for the Lung Cancer Profiles campaign on behalf of Pfizer. Joosten died of lung cancer on the morning of June 2, 2012. Her death happened 20 days after the onscreen death of her character Karen McCluskey on the final episode of Desperate Housewives. The hit show ended its eight-year run on ABC last month with a series finale in which Joosten's character passed away. Her character's battle with brain cancer was a story line in the show.

Alvin and the Chipmunks: The Squeakquel

In Case of Emergency

The Suite Life of Zack and Cody

Cheaper by the Dozen 2