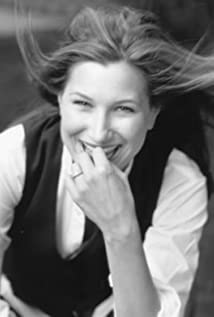 Kathryn Marie Hahn was born in Westchester, Illinois, but her family then moved to Cleveland, Ohio, where she spent most of her time growing up. She is of German, Irish, and English descent. She graduated with a bachelor's degree in theater from Northwestern University. She later attended Yale, where she enrolled in the school of drama and starred as "Sally Bowles" in "Cabaret" and as "the heartless Célimène" in Molière's play, "The Misanthrope". Kathryn has extensive stage experience, and appeared with the Huntington Theater Company's production of Jon Robin Baitz's "Ten Unknowns", with Ron Rifkin of Alias (2001) (Arvin Sloane).Kathryn got her role as "Lily" when she was "discovered" by an NBC casting director at the Williamstown Theater Festival, and the Crossing Jordan (2001) role of "Lily" was created for her by creator/producer Tim Kring.She lives in Los Angeles, where she paints and practices yoga when she's not busy acting. She is married to Ethan Sandler, with whom she has two children.