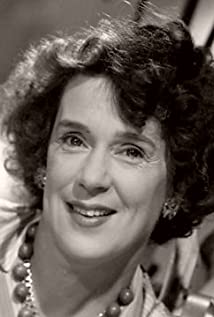 Although British actress Kathleen Harrison was born in 1892 in the Lancashire town of Blackburn, she was fondly known for her cockney characters throughout her career. Trained for the stage at the Royal Academy of Dramatic Art she first married and lived overseas in Argentina for nearly eight years. Upon her return she made her initial stage appearance in "The Constant Flirt" in 1926. In the 30s she found her way onto the screen, taking many of her delightful theatre roles to film, including Line Engaged (1935), Night Must Fall (1937) (probably her most noteworthy), and Who Is Guilty? (1939). She added immeasurable Dickensian flavor as various maids and mums to such classics as Oliver Twist (1948), A Christmas Carol (1951) and The Pickwick Papers (1952).She was also openly received as Mrs. Huggett in the "Huggett Family" series that ran a few years in the late 40s. In her five decade career, Kathleen 'toiled' as various servile characters in nearly 80 films. As popular in England as similar 'working class' as character player Thelma Ritter was in America, Kathleen also enjoyed a slight shot of TV popularity late in her career, notably in the brief series Mrs. Thursday (1966) as a cleaning lady who inherits her boss's vast fortune. Kathleen's last years were spent in a nursing home, living to the ripe old age of 103.

A Cry from the Streets

It's a Wonderful World

Where There's a Will