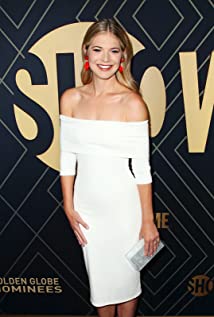 Kate Miner was born in Minneapolis, Minnesota to George Johnson, a spiritual life coach, and Deborah Lang, a former model and nurse. She grew up splitting her time between Minneapolis and Laguna Beach, California. Kate attended the University of California where she studied political science and biotechnology.Kate is best known for her work in Showtime's Emmy Award winning Shameless, USA Network's Necessary Roughness (2011) and the NBC's miniseries Persons Unknown (2010). She also appeared in films The Campaign (2012) opposite Will Ferrell and Fifty Shades of Black (2016) with Marlon Wayans.She has been married to her college sweetheart, musician Justin Miner, since August 26, 2012 and plays mandolin and keys in their band Miner.