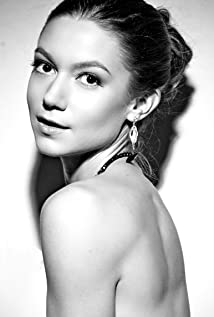 Born and raised in Surrey in England Kate Maberly started acting aged 8 landing her first major motion picture role as the star of Francis Ford Coppola's "The Secret Garden". Directed by Agnieszka Holland, the film achieved international acclaim and has gone on to become a family classic. Following this success Kate came to the States to take on a number of leading roles which included; 'Dinah' in Stephen King's "The Langoliers" alongside David Morse and Patricia Wettig; and 'Glumdalclitch' in "Gulliver's Travels" with Ted Danson, Kristen Scott Thomas and Mary Steenburgen.Back in England Kate continued to work on various high caliber Period Dramas for the BBC, including; the Bafta-winning "Anglo-Saxon-Attitudes" with Kate Winslet and Daniel Craig; the Bafta / Golden Globe-winning "The Last of the Blond Bombshells" with Judi Dench and Ian Holm; the Emmy-winning "Victoria & Albert", the Bafta-winning "Daniel Deronda" directed by Tom Hooper, and the enchanting Hollywood blockbuster "Finding Neverland", with Johnny Depp and Dustin Hoffman. She took to the stage as Shakespeare's 'Juliet', and then as 'Mathilde' in Christopher Hampton's "Total Eclipse" at the Royal Court Theatre in London, alongside Ben Wishaw and Matthew Macfadyen.Taking some time out to achieve double-honors in Classical Piano and Cello from the prestigious London Conservatoire Trinity College of Music, Kate has also composed and produced her own music, including songs for film. Additionally, whilst in college she produced and directed Music videos, utilizing the facilities of the London Film Schools.Now based in Hollywood, Kate has spent the last few years building a library and developing a slate of high quality features. Her most prominent piece being the post-apocalyptic adventure love story "The Forest of Hands and Teeth", based on the New York Times best selling novel by Carrie Ryan.

The Ghastly Love of Johnny X

The Booth at the End

The Last of the Blonde Bombshells