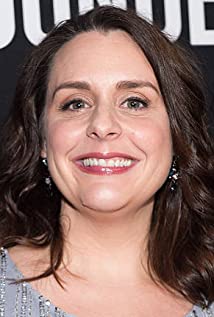 Actress/activist Katie Kneeland stars in the feature film The Founder - playing the role of legendary June Martino opposite Academy Award nominee Michael Keaton. The Founder is the true story of McDonald's founder Ray Kroc and is being released through The Weinstein Company.Katie was born in Montgomery, Alabama where she spent the first two years of her life before her family was moved to Patuxent River Naval Base in California, MD. Katie comes from both Irish and Polish descent; both great grandparents were immigrants who have unique stories of their journeys to America. Her mother, a Breast Cancer survivor, and her stepmother's passing due to stage 4 Melanoma Skin Cancer have played an important factor in her involvement in several charities. These include The Susan G. Koman For The Cure Foundation, American Cancer Society's Relay For Life, The Humane Society as well as Prevention of Child Abuse and Trafficking causes.After graduating high school in Maryland, Katie went on to capture the Eugene O'Neil Award for Outstanding Performance while attending Shenandoah Conservatory of Music (now called Shenandoah University) in Winchester, VA. Katie graduated with a BFA in Musical Theatre while earning Magna Cum Laude honors.Upon graduating college, Katie moved to NYC to pursue her acting career and was quickly cast in the musical Quilters. Rehearsals were in Atlanta due to the show touring the South Eastern coast. Katie then moved to Atlanta to better facilitate the rehearsal and touring schedule. While living in Atlanta Katie has performed with several of the best theaters including: Theatrical Outfit, Rialto Center for the Performing Arts, Theatre on the Square, The Springer Opera House, as well as the Alliance Theater. Her theatrical roles include: Chess, Pump Boys and Dinettes, Little Shop of Horrors, Sheer Madness, The People Vs. Mona as well as five years in A Christmas Carol.After receiving her first Television role on Dawson's Creek, Katie spent several years guest starring on Television before she landed a recurring role on the ABC Television Pilot Hollis & Rae. This helped lead to roles in the Feature Films: We Are Marshall, Daddy's Little Girls and One Missed Call. Katie's first big break came playing the role of Marilyn Polarski in the Lifetime Television hit Army Wives. Shortly after her work on Army Wives concluded, Katie picked up a voiceover role for writer and producer Dave Willlis' Series Squidbillies as Linda and again as Irina. Katie teamed up with Willis again in his live-action Television Pilot for Adult Swim titled Duckworth and again in several episodes of his new Television Series airing on the Adult Swim network as well as the TV shows/MOWs: Coma, The Jury, Your Pretty Face Is Going To Hell & Eastbound & Down (among others). In addition to her continued work in Television, Katie has been acting steadily in Film, with notable turns in high-profile Studio Films as: Life As We Know It, Joyful Noise, The Hunger Games, Goat Island, What To Expect When You're Expecting, Devil's Knot, The Watch & Premature.