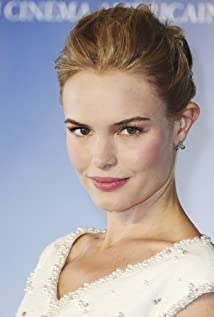 Kate Bosworth was born in Los Angeles, California, to Patricia (Potter), a homemaker, and Harold Bosworth, who was an executive for Talbots. Unlike the characters Bosworth has portrayed in television and in film, which are known as "townies", Kate spent most of her childhood in different cities and states. At age 6, she and her parents moved to San Francisco, then to Connecticut at 9, and to Cohasset, Massachusetts, at 14. It was at 14 that Kate, a champion equestrian, learned of a casting call for a movie about horses.Although Kate attended the open audition in New York for the Robert Redford film The Horse Whisperer (1998) simply in hopes of getting the experience of what it was like to audition for a movie role, she won the role of the female lead's best friend and the chance to work with director/star Robert Redford. Her previous acting experience had consisted of singing at county fairs in California and acting in a community theatre production of "Annie". However, since landing the movie role, Kate seemed to be in more sound stages than ranches. Fearful that an early career would rob her of her childhood, she took 18 months off to live a normal life before opting to plunge into acting again. In 2000, she landed the role of the bratty sister in the feature film The Newcomers (2000) and the part of a football co-captain's girlfriend in the Denzel Washington movie Remember the Titans (2000).Throughout high school, Kate maintained academic excellence and was an honor roll student and a member of National Honor Society. In her spare time, she has volunteered with various non-profit organizations, including a Los Angeles program for physically challenged children who learn to ride horses with assistance.

Life on the Line