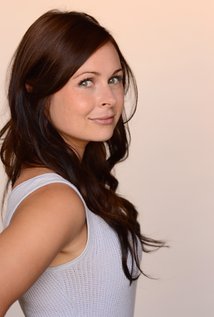 Born in a quiet coastal town of Wollongong in Australia, Kate began professional acting at a very young age beginning her career in Musical Theatre. Continuing to hone her craft, Kathryn went on to perform consistently in professional Theatre in Australia and the UK, appearing in over 20 shows before she had reached the age of 18, including the role of Sandy in Grease, Anya in The Cherry Orchard, Audrey in Little Shop of Horrors, Nora in Brighton Beach Memoirs and How I Learned to Drive.Trained in theatre, film and television, Kate earned a place in University of Wollongong's acting course where she was taught by numerous industry professionals. Kate performed in television roles on series such as All Saints for Channel 7 in Australia playing the role of Rachel Suffolk and on Hope & Glory as Kimberley for the BBC in the UK. She then went on to perform the lead in the world premiere of the play, Big Deal and the lead role of Bella in Nirvana Beach Liquior the Movie. Kate has appeared in numerous TV shows and films in her homeland and has been awarded her certificate in Singing by the Associated Board of the Royal School of Music, London. The recipient of many acting scholarships, Kate now works and resides in Los Angeles.

How to Save Us