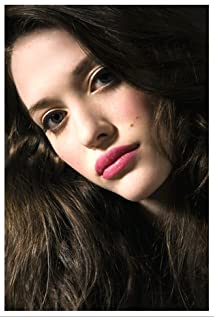 Kat Dennings was born Katherine Victoria Litwack in Bryn Mawr, Pennsylvania, near Philadelphia, to Ellen (Schatz), a speech therapist and poet, and Gerald Litwack, a molecular pharmacologist. She is the youngest of five children. Her family is of Russian Jewish descent. Kat was predominantly home-schooled, graduating at the age of fourteen. Her family subsequently moved to Los Angeles, California to support Kat acting full-time.After work doing commercials, she began work in television, starting with a role on HBO's Sex and the City (1998), following up with roles on Raising Dad (2001), The Scream Team (2002), Everwood (2002), Without a Trace (2002) and ER (1994), among others.Kat made the move to the big screen with supporting roles in Raise Your Voice (2004), The 40-Year-Old Virgin (2005) and Big Momma's House 2 (2006). She later achieved a level of fame with roles in The House Bunny (2008) and Nick and Norah's Infinite Playlist (2008).Kat continues to act in feature films and is an avid video blogger. Since 2011, she has starred with Beth Behrs in the CBS television series 2 Broke Girls (2011).