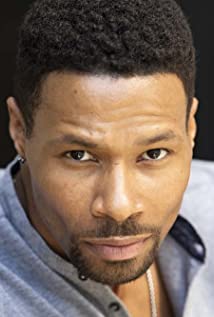 Karon Joseph Riley is a passionate and determined being at heart. Originally a fourth round draft pick of the Chicago Bears, Karon spent 5 seasons on an N.F.L. roster with the Bears and Atlanta Falcons, as Defensive End and Linebacker. He is the all time sack leader in the University of Minnesota history and left the University an All American and the Big Ten defensive player of the year. Karon's background and knowledge in sports is a given, but his talent doesn't stop on the field.Karon honed his skills in front of the camera by co-hosting a hand full of local sports shows. Upon retiring from the NFL, Karon followed his true passion to act and started training in the craft. Soon after he nabbed his first role in Russ Parr's Romantic comedy, "35 and Ticking," where he shared the screen with heavy weights Nicole Ari Parker, Kevin Hart, and Meagan Good. As a testament to his talent and tenacity, Karon went on to co-star in GMC Network's movie, "A Cross To Bear," where he shows his acting chops alongside the amazing talents of Kim Fields and Malinda Williams. In just a short period of time Karon has done a string of independent films, theater and television projects, which include "Tyler Perry's Meet The Browns," "Single Ladies," "For Better or Worse" and "Necessary Roughness." He then garnered a recurring role on "Tyler Perry's Love Thy Neighbor." In 2015 Karon won a dream role, portraying his childhood hero, Muhammad Ali in the incredible independent feature, "The Last Punch," alongside Keith David and RonReaco Lee, which is now making its rounds in several independent film festivals. Continuing on to build his resume Karon starred in "A Christmas Blessing," for TVOne and plays the romantic lead in "Marry Me for Christmas franchise in all four, soon to be five installments for UpTV. And continuing his success he guest starred in new show Love is, which will be airing on OWN, from show creator Mara Broc Akil. Armed with talent, charisma and an unwavering determination, the Will Smiths and Denzel Washingtons of the world should expect company...soon.When Karon is not working on becoming one of the acting world's elite, the avid cyclist spends his time with his beautiful wife, accomplished actress Terri J. Vaughn, raising their two sons and baby daughter. He's an all around charming, fun and dedicated guy!

His, Hers & the Truth

A Baby for Christmas

A Cross to Bear