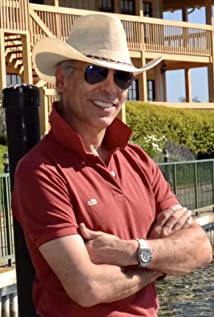 Karlos Granada is an Actor, Writer, Director & Producer. Was born on 17 September 1974 in the city of Estepona, (Malaga-Spain). son of Jose Lima, and Angela Granada, studied as actor in (r.e.s.a.d.) in the city of (Madrid-Spain). He was a successful international bullfighter as his main profession for 25 years, as well achieving in many different skills such as:1.- Criminal lawyer. 2.- Private aviation pilot (helicopters and planes.) 3.- Boat Captain. 4.- Rejoneador (Bullfighter-Horse) for 2 years. 5.- Titled in school whe horses as in dressage and jump obstacles 6.- Professor of martial arts karate 1st Dan (1996.) 7.- Excellent mountain skier. 8.- Broker rallys by hobby. 9.- Great golfer. 10.- Athlete elite participated in over 12 marathons and won 3 of 42kms. 11.- Dominates all dialects Latin American countries and areas. 12.- Has lived in 13 countries different from Thailand to Russia, through Arab countries and all of America. In 90% of all of them knew all customs of each country. 13.- Is extremely cultured and always has a book in hand. 14.- Is a real half Rambo half Gladiator because of all the horns received in his body with a total of 20 throughout his life as bullfighter. Karlos at 45 years is still wild and unable to tame is a person very simple and Noble who has friends from around the world. His obsession is helping children and animals, despite being a his profession as a bullfighter he has a great love for animals. 15.- Karlos besides be a good singer and is an excellent dancer of all kinds of rhythms 16.- Karlos has also worked in advertising as a model for clothing of Hugo Boss and Versace in magazines and television commercials.Karlos is a versatile actor known as "The Camaleon" for his ease to become any character from a tramp to the highest of royalty, to a mercenary, a fool of Scientology or a psycho.Karlos was on one of his many travels in Latin America where in Peru he had the opportunity to demonstrate his role as an actor in television. He was a protagonist of different soap operas produced in Peru, Colombia and Venezuela where he participated in 9 soap operas working on more than 60 chapters. This was combined with his successful profession as bullfighter which took place between 1998 and 2003.During this time Karlos also took advantage and studied in different schools of drama in Peru and Colombia. This allowed him to learn from the best actors South America. Karlos has spent much of his life to help organizations for children and pets in Latin American countries. In 2003 founded his own organization ONG "aemwortil" which helps homeless children in Peru and Colombia.In September 2011 he retired from his long profession as a bullfighter then two months later he started his own film production and theater company. He then made several short films as actor, director, writer and producer. He then produced and starred as the main character of Curro Torreón in the theatre play "La Puta y El Torero." This successful play ran for two years and was a major role for him to become lead actor which was something he was not able to do due during his fulltime profession as a bullfighter and rejoneador.Karlos later became a writer for the television series "Two and a Half Men" and in July 2015 made his first film feature performance in "Judas" where he played the role of Judas. This movie lead directly to being casted as the lead actor in the film "The Last Hours Che Guevara." This Spanish film was co-produced in Los Angeles and was completed in late 2016. Karlos got into the role as Che Guevara through his obsessional thoughts of curing poverty in Latin America and imagined himself as Che Guevara imprisoned by sleeping on the floor and denying himself the normal comforts of home.During 2017 he acted in several films in Los Angeles and has signed on to act in several upcoming film and television projects for 2018.Currently apart from Actor, he is an excellent writer, director and producer. He is an ambassador of Spanish cinema in Hollywood, he loves the United States, a country where he feels very loved and identified with his profession, always grateful to the city of los angeles, the city that has adopted him as an American, happy says he is a citizen of the world, learning more every day, that humility is the most important virtue that a man can have, believes in a god and respects all religions of the world, and that nothing in life arrives by chance, does not believe in luck but in its destiny.Karlos currently lives in Los Angeles, California, single, where he lives with his cats and his dog Kyra.He is an animal lover in addition to working with non-profit organizations such as the NGO "aemwortil" children and the LGBTQ organization The West Hollywood Elite Cheerleaders.