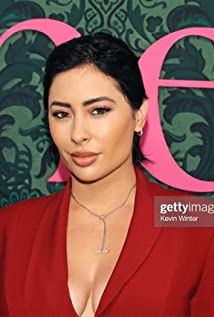 Karlee Leilani Perez was born to an entrepreneur family in Tampa, Florida. Her ethnic backgrounds include Spanish, Cuban, Italian, Hawaiian, Irish, and Chinese. Karlee studied criminology and later worked at the state attorney's office. She first gained fame with World Wrestling Entertainment as WWE's Diva "Maxine". During this period, Karlee's passion for acting and entertainment grew. There was no turning back. She had to work her way up doing shows in front of 20 people in parking lots learning the trade of wrestling training six days a week. But where she really blossomed was in the four years of weekly promo and acting classes that were provided to her through the company, When she was off the road she also did her studies at Playhouse west. Soon her peers and producers noticed the hidden talent that was coming out. Karlee soon made it to the mainstream shows where she was traveling the world internationally, and filming all year long in front of packed Arenas that hold up to 100,000 fans and more. After developing a loyal fan base and gaining the confidence and love for entertainment, she decided to invest all her time in pursuing her dreams in acting. She left World Wrestling Entertainment to start another journey.(present time) Karlee is starring as a lead on the new Emmy nominated television series "Lucha Underground", Produced by Robert Rodriguez and Mark Burnett. She plays the dominating conniving seductress Known as "Catrina".In addition to "Lucha Underground," Karlee's acting career is growing rapidly as she is getting noticed more and more each day. Her persona reminds you of a modern day Sophia Loren with a twist of Michelle Rodriguez. With her physical background and diverse look Karlee has a bright career in front of her.