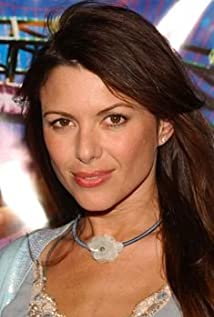 Kari Samantha Wuhrer was born on April 28, 1967 in Brookfield, Connecticut, the daughter of Karin, a payroll officer and Andrew, a former police officer and car salesman. Kari has three siblings. She studied acting at age 13 at the Wooster School, and headed to New York City to do rounds of auditions. She was signed to the Ford's Model Talent Division and appeared in several commercials, most notably Clairol, as well as performing in theater productions. After a role in the drama film Fire with Fire (1986), Kari landed a job on MTV as a VJ and was a co-host of the game show Remote Control (1987). Wuhrer snuck out of her family home as a teenager to sing in nightclubs; she was the youngest member of the band Freudian Slip. She studied drama at New York University, Marymount Manhattan College, Columbia University, and at the Royal Academy of Dramatic Arts in London, England with famed teacher Uta Hagen. Her biggest career break came when she was cast to play Maggie Beckett on the sci-fi television series Sliders (1995) from 1997 to 2000. She was signed to a record deal by American Recordings impresario Rick Rubin, which eventually appeared on the small Del-Fi label; her debut album "Shiny" produced the successful single "There's a Drug".

Secrets of a Psychopath

A Fork in the Road

The Air I Breathe