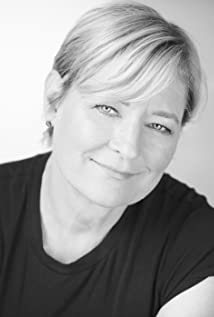 Award-winning director and show runner Kari Skogland is CEO of Mad Rabbit, a joint venture between her and Red Arrow Entertainment Group. As CEO, Skogland is committed to producing high-end one-hour dramas for the international market for the company, which launched in Spring 2016.Named by Hollywood Reporter as one of its "Ten Directors to Watch" for her debut as writer-director of Liberty Stands Still, Skogland has since become one of the world's most prolific female directors of one-hour dramas and feature films.Skogland's television credits include The Borgia's and Penny Dreadful (Showtime), Boardwalk Empire (HBO), The Killing, The Walking Dead and Fear of the Walking Dead (AMC), Under the Dome (CBS), Vikings (History), Power-Starring 50 Cent (Starz), The Americans (FX), House of Cards and The Punisher (Netflix), The Handmaid's Tale (Hulu), Condor (Audience), and many more. Most recently, Skogland directed Sons of Liberty, a 6-part event miniseries for which she won the Directors Guild of Canada (DCG) award for best director of a television miniseries.As a feature film writer, director and producer, Skogland's film Fifty Dead Men Walking, starring Sir Ben Kingsley, Jim Sturgess and Rose McGowan, premiered at a gala at Toronto International Film Festival. The film won the Canadian Screen Award for Best Adapted Screenplay and was nominated for an additional six awards including Best Film. It also won Best Feature Drama at the Leo Awards. Additionally, Skogland was recognized by the DCG for Best Director. Her previous film as director, writer and producer was the Stone Angel, starring Ellen Burstyn and Ellen Page, which was nominated for Best Director, best writer by WGC and Best Film by the DCG, Best Screenplay by WGC and Best Actress.For her body of work, Skogland was honored at the BIRKS-TELEFIM 2015 Diamond Tribute to Women in Film. She has also worked for many years advocating with the DGA and DGC on behalf of women directors.