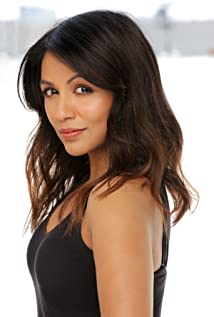 From India to Canada, England to America, Karen David has crisscrossed the world making true fans everywhere along the way. With her exotic beauty and multicultural pedigree, of which she includes Chinese, Khasi tribe, and Indian, the actress and singer/songwriter has found equal diversity in her film, television, stage and recording career, fueled in no small part by an extraordinary talent and natural charisma. 2016 has been a very busy year for the sought after actress, in both North America and in the UK.Fully revealing her comedy chops, Karen David returned for Season 2 to star in the Emmy nominated, ABC comedy musical fairytale, "Galavant", earlier this year. In the medieval adventure, described as "Monty Python meets Princess Bride," David played Princess Isabella, who enlists a once-gallant prince in order to save her people from an evil king. Shot in Bristol, England, the show is the creation of Dan Fogelman (Cars, Tangled, Crazy, Stupid, Love.), with songs by Oscar-winning composer Alan Menken and Christopher Lennertz, with lyricist Glenn Slater. Seasons 1 and 2 were recently added to Netflix, due to popular demand for the show from fans across the globe.Shortly after the Galavant season 2 premiere, Karen was snapped up to play opposite James Nesbitt, (The Hobbit Trilogy, Babylon) in the highly anticipated return of "Cold Feet", on ITV in the UK. Playing the glamorous, bio medical engineer, Angela Zubayr, she has quickly become the darling of the show as Adam's new love interest. The September 5th premiere debuted to 8.2 million viewers.From one Disney princess to another, Karen is now filming on ABC's, "Once Upon A Time" in the coveted role of Jasmine from Aladdin. The news of her casting was met with fanfare and press for being "perfectly cast in the role" and trended on Facebook worldwide for a week, as the top news item.Also on the horizon is "The Tiger Hunter", an independent film comedy with Danny Pudi, Kevin Pollak, Sam Page and Jon Heder, which kicked off to a great start in the festival circuit, having picked up 4 awards at the LAAPFF: Best Director, Best Picture, Best Ensemble Cast and the Audience Award. The film went on to win Best Feature at the Carmel Film Festival. She also has a leading role in two motion-capture video game projects, Mirror's Edge: Catalyst (EA) and another top game franchise (Capcom) which will be released this coming December.Born in Shillong, India in the foothills of the Himalayas, Karen David was raised in Toronto and came of age in the UK. At 17 she won a scholarship to Berklee College of Music in Boston, where she studied jazz and gospel. It was here she discovered a flair for songwriting and a love for drama, which led her to study at the Guildford School of Acting in London. It wasn't long after finishing drama school that she landed her first acting role in the original stage cast of the London West End musical Mamma Mia!Her talent as a singer and all-around performer led her to sign a record deal with BMG Europe, generating the 2003 single "It's Me (You're Talking To)," which became a Top Ten hit in Austria, Germany and Switzerland as well as BMG's fourth highest airplay hit for a debut artist. Soon after, she was discovered by composer A.R. Rahman (Slumdog Millionaire) who, impressed by her talents, invited David to help develop the soundtrack for the Bollywood-themed musical Bombay Dreams alongside Andrew Lloyd Webber and Don Black. They subsequently created the theme tune for the British drama "Provoked," in which David had a supporting role.Unquestionably, it is her acting work in television that has earned Karen David the majority of her diehard fans in the UK and America. In the BBC's BAFTA-nominated "Waterloo Road" she played Francesca Montoya, a teacher who fell in love with a student. The storyline generated plenty of controversy, and more and more admirers fell for her compelling performance, with the series generating over nine million viewers per episode.Going on to co-star for two seasons on the hugely popular BBC comedy series "Pixelface," produced by comedian Graham Norton's BAFTA award-winning company So Television, Karen David has begun to reap success on the other side of the pond: in MTV's "Top Buzzer" as a co-lead, in the action/thriller "Strike Back" for Cinemax, and in guest roles in the Fox drama "Touch" and the ABC crime drama "Castle," prior to her work in ABC's "Galavant."Her film career began with a supporting co-lead role as a member of an R&B band in the UK cult hit, "Bollywood Queen" with James McAvoy, leading to a supporting role in Batman Begins, a co- leading role in The Scorpion King: Rise of a Warrior, and notable performances in the Vince Vaughan comedy, "Couples Retreat", and in the Sigourney Weaver and Robert De Niro drama, "Red Lights." More recently she portrayed a tough FBI agent in the blockbuster, "Jack Ryan: Shadow Recruit", and part of a dysfunctional family in the acclaimed British comedy romance Amar Akbar &