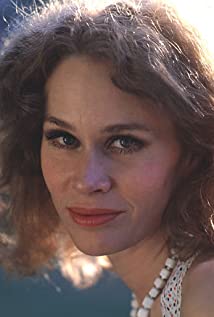 Karen entered Northwestern University at 19 and left two years later. She studied under Lee Strasberg in New York and worked in a number of off-Broadway roles. She made a critically acclaimed debut on Broadway in 1965 in "The Playroom". Her first big film role was in You're a Big Boy Now (1966), directed by Francis Ford Coppola. Shortly after wards, she appeared as Marcia in the TV series The Second Hundred Years (1967).The film that made her a star was Easy Rider (1969), where she worked with Dennis Hopper, Peter Fonda, and a supporting actor named Jack Nicholson. She appeared with Nicholson again the next year when they starred in Five Easy Pieces (1970), which garnered an Academy Award nomination and a Golden Globe for Karen. Her roles mainly consisted of waitresses, hookers and women on the edge. Some of her later films were disappointments at the box office, but she did receive another Golden Globe for The Great Gatsby (1974). One role for which she is well remembered is that of the jewel thief in Alfred Hitchcock's last film, Family Plot (1976). Another is as the woman terrorized in her apartment by a murderous Zuni doll come to life in the well received TV movie Trilogy of Terror (1975). After a number of forgettable movies, she again won rave reviews for her role in Come Back to the 5 & Dime Jimmy Dean, Jimmy Dean (1982). Since then, her film career has been busy, but the quality of the films has been uneven.

She Loves Me Not

Some Guy Who Kills People

Letters from the Big Man