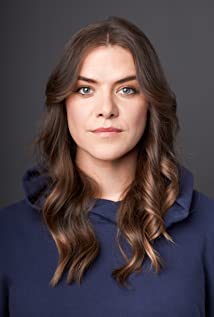 Kaniehtiio 'Tiio' Horn is a Canadian actress from Kahnawake, the Mohawk reserve outside of Montreal. Since graduating from Dawson College's Professional Theatre Program in 2005 she has established herself as a versatile actress with roles on television including the multipe award-winning comedy Letterkenny, Amazon's Man in the High Castle, Hemlock Grove for Netflix, and the CBC legal drama Diggstown. Feature film credits include Immortals, On the Road, Death Wish and The Hummingbird Project opposite Alexander Skarsgård. Tiio received critical acclaim as Oak in the 2017 action/thriller Mohawk, directed by Ted Geoghegan. Tiio earned a Gemini Award nomination in 2009 for her portrayal of Angel in the APTN MOW Moccasin Flats: Redemption, as well in 2010 and 2011 as part of the ensemble cast of CBC's 18 to Life. In 2018 she launched the podcast Coffee With My Ma, sharing the adventures and experiences of of her activist mother, Kahentinetha. Most recently, Tiio co-hosted the 2019 Indspire Awards on CBC, recognizing the outstanding achievements of individuals within Canada's Indigenous community.

The Case That Haunts Me