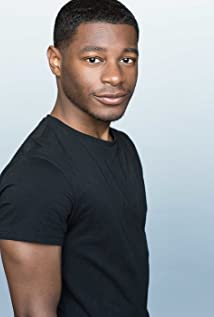 Kamil began his acting career at the age of 6 and has loved performing ever since. He was home-schooled for 5 years by Jinoki Ahmed, whose lessons included elements of Black History. The children learned about the march from Selma to Montgomery, recited the principles of Kwanza, and studied the Montgomery Bus Boycott. Lessons included reenactments by the children, and at the end of the year, the children performed a program showcasing what they had learned.Kamil auditioned for Youth Ensemble of Atlanta (YEA), a professional theater company, at the age of 8. YEA was the springboard for Kamil into the entertainment industry, and gave him the confidence to become skilled in acting, singing, and dancing.YEA also gave Kamil the opportunity to go out of the country to perform a 6-day tour in China.A few of Kamil's theater credits include "Raisin in the Sun", "Library Dragon", "Holiday Urban Soup", "Times", "Jeremy" and "The Lie". His TV credits include "House of Payne", Cartoon Network's "Daily Wedgies", and " Fried Dynamite". His Film credits include, "Grown Ups 2", "Trammel", "Peacock Feathered Blue", and "An Evening with Andrew Young". Kamil has a relentless passion for all aspects of the Arts, and he has been able to fulfill his dream to work with Tyler Perry. His goal is to have his own television show.

Marvel Rising: Battle of the Bands

Rise of the Guardians