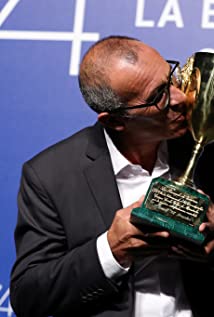 Kamel El Basha is a Palestinian actor of screen and stage, theater director, play-writer and producer. He began his career as a stage actor during the 1980s. He gained critical acclaim in 2017 when he won the Volpi Cup for Best Actor (male) during the 74th Venice International Film Festival for his role as Yasser Abdallah Salameh in The Insult by the Lebanese film director Ziad Doueiri. It was El Basha's first major role on screen, although he had appeared in a number of theatrical productions, actually also directing some of them. He is the former artistic director of the Palestinian National Theater in Jerusalem from 2007 to 2011 and the artistic director of Quds Art since 2012.

The Reports on Sarah and Saleem