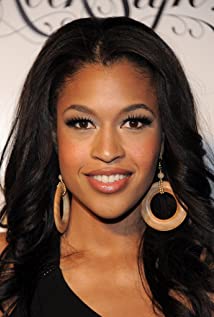 Kali Hawk was a child prodigy, beginning high school at the age of 12, and gaining acceptance to prestigious New York arts university SUNY Purchase before she was 16 years old. While in a play on campus, she was introduced to a friend's agent and began doing commercials and plays in Manhattan's Lower East Side theatre district. A move to Los Angeles would come years later, with Kali finding work as a model. Her long legs, and model looks would land her in magazines and commercials for KFC, Clorox 2, MTV Europe, and in music videos for rock band KoRn, Rob Zombie, Norah Jones, T.I. and Usher.Her first film role came in the Lion's Gate thriller 'Holla', which cast Kali alongside Michael Bergin as the sweet, unsuspecting camper Caprice. She would follow that project with a supporting role in the Spike Lee comedy 'Lovers & Haters', playing a scathing Hollywood diva opposite singer/superstar Mariah Carey. On television, she has also appeared on the hit CW sitcom 'The Game', executive produced by Kelsey Grammer.

The Truth About Christmas