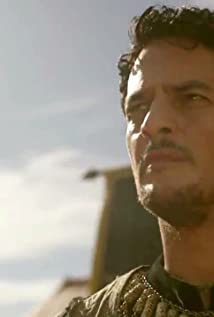 Kal Naga (aka: Khaled Abol Naga) is a Multi Award-winning Actor, Producer, and Director from Egypt, based in the USA (Bi-coastal between New York and California). He is a well-established movie star in the middle-east and considered one of the top talents of his generation, his work extends from Film, TV, Theatre, to Radio and TV hosting. He has been a lead in feature films since his first lead role in "A Citizen, An Informant & A Thief" by Egyptian acclaimed director Daoud Abdel Sayed in 2001.As an actor he collected numerous Best Actor Awards from Egypt, Middle East, European & International Film Festivals since 2001, culminating in 2014 with a historic winning of ALL-important Best Actor Awards offered in his home country Egypt (The Cairo International Film Festival, Egypt's National Film Festival, Film Society Festival for Egyptian Cinema & The Catholic Centre festival for Egyptian Cinema) for his critically acclaimed portrayal of a terminally ill older man: Hussein in "Villa 69". In the same year, Naga won The Best Actor Award (Silver Pyramid) from the prestigious Cairo International Film Festival CIFF for his lead role as a Palestinian father searching for his daughter in the Palestinian Oscar's submission "Eyes of a thief", as well as other several regional awards for "Villa 69" including the Best Actor Award from Festival Cinema Africain Khouribga, Morocco.Naga's English speaking work started gaining momentum since he moved to California in 2017, where he appeared in the main role (Al Kady) in the FX (Fox) TV show "Tyrant", then his enigmatic appearance in the BBC TV mini-series "The Last Post", to a much-celebrated guest-star appearance in The History Channel TV show "Vikings" season 5 in 2019In a film festival in 2016 celebrating Arabic film submissions to the Oscars, he was honored for being the most submitted actor from the MENA region in film submissions to the Academy Award for Best Foreign Language Film (The Oscars). He is often tagged in western media as Egypt's "Brad Pitt" for their career similarities, Also tagged as the next "Omar Sharif" especially after his American debut movie Civic Duty in 2007, he was also tagged as "Egypt's International treasure" for his unprecedented courage advocating for freedom & standing up against injustice in his home country Egypt, He also has a very celebrated and successful career across the Middle-east TV networks as a TV & Radio host in prime-time shows from 1997 till 2005.Famous for his unexpected yet smart choices of scripts & roles, Naga created a vast & diverse filmography with unprecedented wide acclaim from critics & audiences throughout the Arab & international film societies, creating a unique phenomenon of his generation, almost all of his films have an "exportable" nature to other cultures. He created special attention to his choices and performances.Naga as a Producer since 2009, created with others a new wave of possibilities in the Egyptian independent film industry, from co-producing "Heliopolis" 2009 which went on to feature in over a dozen festivals, to his revolutionary production of "Microphone" 2010 in which a new generation of DSLR cameras were used for the first time to shoot a theatrically released feature film, He founded "iTeam Cairo" agency which aims to help indie filmmakers.Naga is well known for his social and human rights advocacy, He has been one of the early outspoken icons from Egypt promoting social justice, freedom and democratic change to the Arab world in general and Egypt in specific, He played a pivotal role in supporting the Egyptian Revolution Jan 25'th 2011. he has a very admirable work record of social & human rights (especially child rights), He was appointed as a UNICEF UN Goodwill Ambassador in Egypt 2007 till 2015.--- more:Naga's American debut was in 2006's Civic Duty (2006) in which he gave a compelling portrayal of one of the two leads "Gabe Hassan" he made numerous films in his native Egypt. Here is how it all began ...Since his first major public appearance as a TV late-night show host in 1999, It was only a matter of few roles to reach an Award-winning star status in Egypt.He studied Tele-communication Engineering and graduated with honors from Ain Shams University, Cairo, one of the most prestigious Engineering schools in Egypt, meanwhile Water polo as his hobby grew fast to become almost a profession when he was chosen to play in Egypt's national Water polo team as its Goal Keeper, But it was his other passion of acting & singing at the Theatre Department of The American University in Cairo that grew with him gradually to become his chosen final career.Exchange of hobbies and professions happened several times: First when Water polo became the main focus for him 1986-1989, then Spacecrafts and Tele-Communications research at The The University of Surrey in the UK in 1991, while playing Water polo for his varsity team in European tournaments. He also worked as a Fashion Catwalk Model and a fashion pho

Miss Fisher & the Crypt of Tears

From A to B

Eyes of a Thief