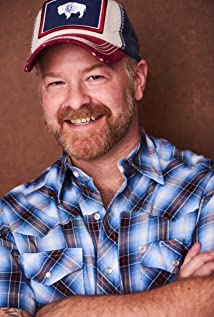 Kaius (KY-us) Harrison is an award-winning actor, comedian, and voiceover artist whose character range of ROY G. BIV is the result of having been raised in the wild by the very chameleons who first suckled him.Within days of being discovered by his first agent, Kaius was directed by Cannes Jury Grand Prize-winning and Oscar-nominated German filmmaker Wim Wenders in 8 (2008) for the Festival de Cannes. A few weeks later, Harrison auditioned in nothing but a bikini, cowboy boots, and bowler hat for Kate Caldwell who Taft-Hartleyed him into SAG-AFTRA by virtue of appearing one-on-one with Eddie Murphy in A Thousand Words (2012). Several years later, fans at Comic Cons and on social media flatter him with requests for autographs and cameos thanks to his world-renowned turn as Mr. Irish in the iconic Red Dead Redemption (2010). His salacious performance has even inspired a seemingly endless amount of NSFW Fan Art... which he gratefully frames and blows kisses to on a daily basis.Mischievous young Harrison's earliest years surrounded by harsh badlands, winding canyons, and lush forests in the Rock Mountains were filled with re-enacting various Western, Fantasy, and Science Fiction scenarios; he and his buddies could start the day pretending to be local outlaw legends like Butch Cassidy and the Sundance Kid (1969) pulling off hilariously daring heists... or gallivanting like dwarves and wizards out of The Lord of the Rings: The Fellowship of the Ring (2001). An afternoon playing outside could lead to assuming roles a' la Indiana Jones and the Raiders of the Lost Ark (1981) to protect sacred relics from Nazis while swinging from tree limbs with jump ropes in lieu of bull whips... and by evening Kaius & his cohorts would re-imagine Rebellions against Galactic Empires on backwater planets in a galaxy far, far away. It didn't take long before seeing Ferris Bueller's Day Off (1986) repeatedly (along with anything starring Robin Williams, Bill Murray, Jack Nicholson, or Michael Keaton) for him to realize he wanted to make a career out of entertaining onscreen.Never falling entirely into any one category, the perpetual Class Clown became involved with student government on top of excelling in baseball, football, art, theatre, English, and history. He eventually graduated as Valedictorian with a perfect 4.0 GPA as the starting Center Fielder, Fullback & Linebacker, Homecoming King, Student Body President, All-State Drama, 2-time consecutive National Forensics Qualifier, National Forensics Semi-Finalist, 3-time consecutive State Champion in Speech & Debate for Dramatic Interpretation, American Legion Wyoming Boys' State Governor, and American Legion Boys' Nation Delegate... where Harrison made President Bill Clinton belly laugh himself to tears with his impression of a Cro-Magnon Congressman.Kaius subsequently put full-ride Academic, Honors, and Theatre scholarships to stellar use by performing in nearly 40 seasonal main stage and/or regional American College Theatre Festival productions over the course of four years while earning his Bachelor of Fine Arts in Theatre & Dance with an emphasis in Voice, Dialects, and Movement at the University of London and University of Wyoming. There's also a semester each of Jazz, Tap, & Modern Dance in those toes.Leading improv and sketch comedy troupes from Orlando to Anchorage, Harrison then found spiritual peace while briefly teaching English in South Korea before finally moving to Los Angeles in August of 2004. It didn't take long for award-winning casting director Danielle Eskinazi to hurl him into the national spotlight with several Foster's Beer commercials ("GPS," "Social Networking," and "Hybrid") playing at high volume during two years of World Series and NFL regular seasons. Soon after appearing with Richard Simmons and Sam Elliott in the 1000th episode of Jimmy Kimmel Live! (2003), he found himself sharing Prime Time screens with the likes of Sasha Alexander and Angie Harmon in TNT's hit syndicated series Rizzoli & Isles (2010).While his work in Red Dead Redemption (2010) thoroughly elevated Harrison's career to the next level, Headlining at South-by-Southwest in Blumhouse's In a Valley of Violence (2016) further thrust his career's focus on Westerns. Featuring an all-star ensemble cast that includes Karen Gillan, John Travolta, Ethan Hawke, James Ransone, Taissa Farmiga, and Toby Huss, the side-splitting revenge Western won the SXSW Audience Award and was granted an additional screening. His performance as the mustachioed traveling salesman William T. Baxter led writer/director Ti West to declare that Kaius is "a true Chameleon with an encyclopedia knowledge of dialects."K.H. subsequently appeared in Billy the Kid: New Evidence (2015) as Frank "Windy" Cahill, the Irish blacksmith who bullied the young infamous outlaw and was the first to ever be killed by him. Harrison would again make his mark as Scottish henchman "Buckshot" Tommy in Any Bullet Will Do (2018) filmed ent

Any Bullet Will Do