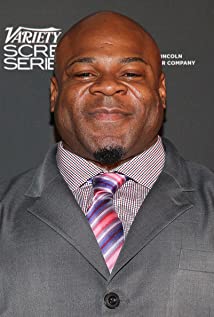 Born July 12th in Brooklyn, NY, Kai Greene grew up as an orphan and as a ward of the state of New York into struggle that has followed him through his entire life. After discovering a career in bodybuilding at an early age, he transformed his life and his body to take true command of his destiny and inspire millions in his wake. He took refuge in professional bodybuilding, later transforming it as an art form, much like a sculpture, bringing that visual element into everything he does, including live performances, paintings, inking comics, and creating Films/TV.Over the course of the last decade, Kai Greene has been more than just an icon in the professional sport of bodybuilding worldwide. He's more than the people's champ. He's an artist with a very human story. One that bleeds through his athletic career, through the muscle, and permeates the air around him. Kai's essence extends in all directions and truly comes to life in every flexing muscle, every glance, and every personal story told. Deep inside of his soul, Kai has had a burning desire to be a visual artist. His passion and success within bodybuilding continues to spread out to other forms of artistic expression, specifically through film and the arts. Using the various experiences of his past and his willpower earned through over a decade of pro bodybuilding-Kai Greene has become a raw, emotional, powerhouse of a personality.