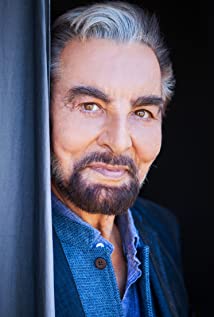 Kabir Bedi is one of India's most famous international actors, with a career that spans from Bollywood to Hollywood and Europe, in films, television, theatre, and radio.Kabir's Italian series "SANDOKAN" made him a major star across all of Europe.He starred in one of the world's most-watched TV series, "THE BOLD AND THE BEAUTIFUL"He acted in the James Bond "OCTOPUSSY".He has been a voting member of the "Oscars Academy" (Academy of Motion Picture Arts & Sciences) since 1982.In recent years, he has acted in 5 films in 5 languages: English, Italian, Hindi, Malayalam, and Telegu.He is the Honorary Brand Ambassador for Sight Savers India, which performed over 5 million free eye operations across India.He is the Honorary Brand Ambassador of Care & Share Italia, which educates children from kindergarten to university in the homes and centers in Andhra Pradesh and Telangana in India.To top it all, he has been Knighted by the Italian Republic with its highest civilian honour, "Cavaliere".