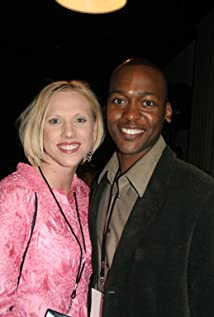 Mr. Gerald grew up in Texas and was awarded springboard diving and acting scholarships at Ouachita Baptist University in Arkansas after graduating High School.Appeared in critically acclaimed performances of "To Kill a Mockingbird" (1997), the world premiere of "The Sound and the Fury"(1996) and "The Gingerbread Lady"(1995) in Dallas Texas.Gerald stars as Sgt. Jesse Owens in "Saints and Soldiers: The Void" (2014).Gerald is most known for performances in teen-genre films like "High School Musical 2", "Forever Strong", and "House of Fears".Gerald appears as Jobaan in the 2018 Series "The Outpost" Premiering July 10, 2018 on The CW Network in the US and ScyFy Channel internationally.