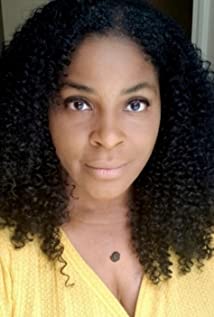 Jwaundace Candece moved to Los Angeles in January 2000 from Atlanta to pursue a career in acting. Because of her athletic abilities, she ended up auditioning with thousands of girls for WOW (Women of Wrestling) TV series that aired in 2000. She booked a role as a good guy but refused unless she became a heel (bad guy). After approval, she became "Delta Lotta Pain", a member of the Tag Team "Caged Heat" along with Cher Ferrerya ("Loca") and Nicole Ochoa ("Vendetta"). In 2000, Jwaundace and her partners in Caged Heat became WOW's 1st Tag Team Champions becoming WOW's most popular Tag Team in history.Because of much exposure, Jwaundace was recruited into the stunt world. She was approached to be a stunt double for Queen Latifah in "Bringing Down the House". That fight scene she did for Queen Latifah earned her a "Best Fight" nomination at the MTV Movie Awards in 2004. After that, Jwaundace decided to perform more stunt work to gain recognition to transfer into acting.After performing in over 75 filming and TV shows, performing stunts for Oscar and Emmy nominated and winning actresses such as Viola Davis, Mo'Nique, Jennifer Hudson, Queen Latifah, Whoopi Goldberg, Oprah Winfrey, etc., she moved back to Atlanta in 2010 to give birth and raise her son. While in Atlanta, she shifted her focus on stunts to acting booking roles on "Banshee", "Conan", "Let's Stay Together", and recurring roles on ABC's "Resurrection" as Mrs. Camille Thompson (mom to Omar Epps). She got the most recognition in her debut film, 20th Century Fox's "Let's Be Cops". She ad-libbed the line 'That's What You Get', while filming. The director, Luke Greenfield, and writer, Nicholas Thomas, decided to keep it in the scene and it paid off by being a major part of their marketing campaign.