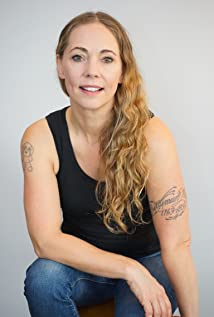 Growing up in Canada in the 1980s, Justine Priestley and her brother, Jason Priestley, were both bitten by the acting bug at an early age, appearing in numerous commercials, plays and TV shows. Upon graduation from high school, Justine left her ninth-grade Best Actress Award on the mantel and headed to Europe, enrolling in the school of Traveling-With-a-Backpack. Thirty-eight countries (including 18 in Europe, 16 in Africa, and 4 in South America) and a few years later, those thespian passions returned. She found herself with a London agent and a role in a West End production. When Beverly Hills, 90210 (1990) exploded into the world consciousness and Jason Priestley became part of pop culture, Justine was already back in Vancouver. While studying her craft, she was busy booking spots on such TV shows as Highlander (1992) and Tarzán (1991) and a movie of the week, The Substitute (1993) with Mark Wahlberg. She also appeared in Bulletproof Heart (1994) with Anthony LaPaglia and Mimi Rogers. When the time felt right Justine made the trek to Hollywood and quickly obtained a recurring role on the hit TV series Melrose Place (1992), which garnered her much attention. Closely following was her star turn in the festival hit Color Me Dead (1969). Justine landed a supporting role in Baggage (2003), starring M. Emmet Walsh, and a lead role in the ensemble film Bottom Feeders (1997). Another supporting role came in Miasma (1999) starring Corbin Bernsen. A TV sitcom, Movie Stars (1999) with Harry Hamlin and Jennifer Grant, followed, in which Justine had the rare pleasure of playing herself. Then more TV, shot in her hometown of Vancouver: Welcome to Paradox (1998) for the Sci-Fi Channel. Soon enough came more feature films: Up Against Amanda (2000), with Daniel Roebuck; G.O.D. (2001), co-starring David Carradine and Olivier Gruner; and Chained Heat 2001: Slave Lovers (2001), with Kira Reed Lorsch, shot entirely in Prague, Czech Republic. Justine really enjoyed shooting an internet series pilot called D-Girls, billed as a kind of Sex and the City (1998) set in Los Angeles. She made another horror movie, A Crack in the Floor (2001), co-starring Gary Busey, Mario Lopez and Bentley Mitchum; then a USA Network movie of the week, titled A Mother's Testimony (2001) starring Kate Jackson. Justine also had fun playing a cheerleader on an episode of the Fox spoof Grosse Pointe (2000), directed by her brother. In 2001 Justine traveled to Houston, Texas, to appear as Princess Chastity in the stage farce "Dragon Domestic", and Alais, the Princess of France, in the beloved play "The Lion in Winter". Justine also had the honor of working at Houston's Tony Award-winning Alley Theatre where she played Candy Starr in "One Flew Over the Cuckoo's Nest". She followed her Alley experience with the lead role in an indie feature entitled In the Moment (2003), for which she dyed her long hair dark brown. Having thus conquered Texas, and newly blond again, Justine set sails for New York City. The Big Apple saw Justine booked as a guest on Howard Stern (1994) and on Naked New York with Bob Berkowitz (2002) twice. She did a sexy layout in "Stun" Magazine, and she is happy to have worked on two more indies: the hilarious short film "Cleanx3" and Planet Earth: Dreams (2004) written by Richard Foreman. Justine has also enjoyed a second career as a much-in-demand TV host, having completed four seasons as the U.S. correspondent on the Canadian magazine show Metro Cafe (1994) and a brief stint on "Movie Mondo". Justine was seen every day for years in casinos across the country on Players Network, and had the time of her life judging "Gentleman's Club Championship II", with co-host Chaunce Hayden, a pay-per-view program billed as "American Idol (2002) for strippers"!

A Crack in the Floor