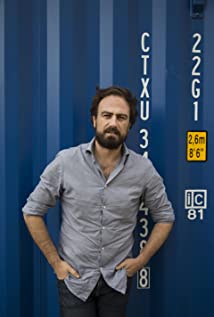 Known for his bold career growth, Australian director Justin Kurzel, who, after the striking debut feature The Snowtown Murders (2011), which conquered hearts of people on many festivals, has chosen a Shakespearean adaptation (Macbeth (2015)) starring famous international film actors Michael Fassbender and Marion Cotillard in the main roles as his second film, then was taking even more bold choice to take on blockbuster project, a screen adaptation of Assassin's Creed (2016) videogame, as only third of his features.Kurzel was born on August 3, 1974 in the South Australian Gawler. His brother is the musician and composer Jed Kurzel, who is often working with him on various projects. Both grew up in Gawler.Kurzel began studying at the National Institute of Dramatic Art in Sydney at the early 1990s.At first he was making a music videos for the rock band The Messhall, founded by his brother. In 2005 future filmmaker made his first short film Blue Tongue (2005). Then, after six years, he released The Snowtown Murders (2011), a film about the mass murderer case starring Daniel Henshall which was praised and acclaimed both by the critics and by the audience for the striking experience of which is a truly cold and terrifying film it gives to the viewer. Kurzel had also written the script for the film, for which he was awarded the Australian Academy of Cinema and Television Arts Award as Best Director in 2011, Gold Hugo at the Chicago International Film Festival, won Film Critics Circle of Australia Award for Best Directing and was nominated for Australian Directors Guild Award, British Film Institute Awards,Then he wrote and direct one segment of The Turning (2013), the Boner McPharlin's Moll, for which, alongside all the other directors attached to the making, he was nominated for Australian Academy of Cinema and Television Arts Award for Best Directing.In 2015, a turning point for Kurzel's career, he directed a successful adaptation of the Shakespearean tragedy Macbeth (2015), in which Michael Fassbender and Marion Cotillard took the main parts. The film was screened at the Cannes International Film Festival in 2015, when it received a Special Mention in FIPRESCI Prize, Special Mention on Critics Wee, and compete for the Palme d'Or, Golden Camera, Queer Palm and Critics Week Grand Prize. The film was very well received amongst the viewers and critics, was nominated for variety of awards across the globe and was presented with a special premiere showing at Edinburgh, Scotland, where all the main filming took place. For directing this film he was nominated for British Independent Film Awards as the Best Director.During the shooting, the strong working relationship between Kurzel and actors Michael Fassbender and Marion Cotillard has been established, which resulted in announcing on December 2016 that he will helm the film adaptation of the popular computer game Assassin's Creed (2016) starring both of the actors alongside Jeremy Irons, Brendan Gleeson, Charlotte Rampling and Kurzel's wife Essie Davis. Making of such a high-profile studio picture established Kurzel in the world of high-budget filmmaking, giving him many doors open for his future possible projects.Kurzel currently resides in London, UK with his wife, actress Essie Davis, and their children.