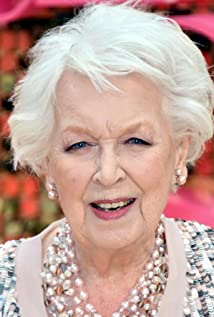 June Whitfield had a long and successful career that has included musical theatre, films and numerous radio and television performances. Her mother was into amateur dramatics and June had elocution and dancing lessons from an early age. She attended the Royal Academy of Dramatic Art and worked in theatre. One of her earliest experiences was working with Wilfred Pickles, whose great comic talent and gift for timing made quite an impression on her.She became a household name on the radio comedy "Take It From Here" in 1953, a time when radio was far more popular than television. When television overtook radio in popularity, June made a successful transition. Over the next few years she worked with most of the biggest names in comedy, including Arthur Askey, Tony Hancock, Frankie Howerd, Benny Hill, Harry H. Corbett, Wilfrid Brambell, Ronnie Barker, Richard Briers, Eric Morecambe and Dick Emery.She became a television double-act with Terry Scott on Happy Ever After (1974) and Terry and June (1979). She also appeared in three installments of the popular Carry On film series, Carry on Nurse (1959), Carry on Abroad (1972) and Carry on Girls (1973).By the 1980s, June Whitfield was viewed by some members of the alternative comedy scene as representing the kind of traditional, safe comedy they were reacting against. However, she still had her talent of perfect comic timing and her range of voices, which enabled her to continue working. She moved back to more theatre and radio, including The News Huddlines, a satirical radio show fronted by Roy Hudd. In 1992 she appeared in Carry on Columbus (1992), a failed attempt to resurrect the Carry On series. The same year she started a more successful venture, Absolutely Fabulous (1992), which became one of the most popular sitcoms of the decade and put her back into the spotlight.