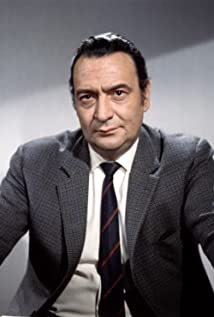 Passionate about acting, Julien Guiomar has left a lasting imprint on the theater (since 1952), on television (since 1958) and on the big screen (since 1966) in a career spanning five decades. And yet, Guiomar first saw himself as a dentist, ... like Daddy! But he finally proved the saying 'Like father like song' wrong. Too bad for dentistry but so much the better for entertainment which otherwise would have had to do without his singular talent. And, to tell the truth, Julien Guiomar did not coddle himself. He indeed appeared in over thirty plays with Jean Vilar's famed Théâtre National Populaire (TNP); he was in more than forty TV films, in which his incredible presence allowed him to embody such figures as Alexandre Borgia or Diafoirus in Molière's Le malade imaginaire (1971). His film parts are even more numerous and include authority figures (colonels, police commissioners, prelates and even God Himself in Arthur Joffé's curious comedy Let There Be Light (1998). As of his first two appearances, in Philippe de Broca's King of Hearts (1966), as a lunatic who takes himself for a bishop and in Louis Malle's The Thief of Paris (1967) as a phony priest, Julien Guiomar has imposed an image of authority tinged with eccentricity. Always colorful in his expression, he can also exert sheer spitefulness (the colonel in Costa-Gavras Z (1969)) or warm humanity (the surgeon of Serge Korber's Je vous ferai aimer la vie (1979)). He may have been in too many campy comedies but he saves them from total crassness by his mere inspired presence. Julien Guiomar retired in 2004 after a final TV Film.