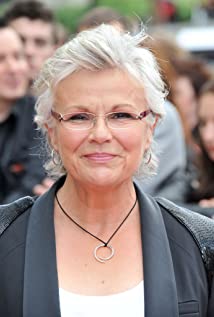 For decades, British actress and comedienne Dame Julie Walters has served as a sturdy representation of the working class with her passionate, earthy portrayals on England's stage, screen and television. A bona fide talent, her infectious spirit and self-deprecating sense of humor eventually captured the hearts of international audiences. The small and slender actress with the prominent cheekbones has yet to give an uninteresting performance.She was born Julia Mary Walters on February 22, 1950 in Edgbaston, England, the youngest of three children and only daughter of Mary Bridget (O'Brien), an Irish-born postal clerk from County Mayo, and Thomas Walters, an English-born builder, from Birmingham. Convent schooled in Birmingham, she expressed an early desire to act. However, her iron-willed mother had other ideas and geared her towards a nursing career. Dutifully applying at Queen Elizabeth Hospital in Birmingham, Julie eventually gave up nursing when the pull to be an actress proved too strong.Studying English and Drama at Manchester Polytechnic, she subsequently joined a theatre company in Liverpool and apprenticed as a stand-up comic. A one-time company member of the Vanload improv troupe, she made her London stage debut in the aptly-titled comedy "Funny Peculiar" in 1975, and went on to develop a successfully bawdy act on the cabaret circuit. While at Manchester, Julie befriended aspiring writer/comedienne Victoria Wood and the twosome appeared together in sketch comedy. A couple of their works, "Talent" and "Nearly a Happy Ending", transferred to television and were accompanied by rave reviews. Eventually, they were handed their own television series, Wood and Walters (1981).In 1980, Julie scored a huge solo success under the theatre lights when she made her London debut in Willy Russell's "Educating Rita". For her superlative performance, she won both the Variety Critic's and London Critic's Circle Awards as the young hairdresser who vows to up her station in life by enrolling in a university. She conquered film as well when Educating Rita (1983) transferred to the big screen opposite Michael Caine as her Henry Higgins-like college professor, collecting a Golden Globe Award and Oscar nomination. Reuniting with Victoria Wood in 1984, the pair continue to appear together frequently on television, most recently with the award-winning series Dinnerladies (1998). On stage, Julie has impressed in a variety of roles ranging from the contemporary ("Fool for Love", "Frankie and Johnny at the Clair de Lune") to the classics ("Macbeth", "The Rose Tattoo" and "All My Sons"), winning the Laurence Olivier Award for the last-mentioned play.Following her success as Rita, she immediately rolled out a sterling succession of film femmes including her seedy waitress-turned successful brothel-owner in Personal Services (1987); the unsophisticated, small-town wife of Phil Collins in Buster (1988); a boozy, man-chasing mum in Killing Dad or How to Love Your Mother (1989); and Liza Minnelli's abrasive tap student in Stepping Out (1991). Playing a wide variety of ages, she also mustered up a very convincing role as the mother of Joe Orton in the critically-acclaimed Prick Up Your Ears (1987).Julie capped her career in films as the abrasively stern but encouraging dance teacher in Billy Elliot (2000) which earned her a second Oscar nomination and a healthy helping of quirky character roles, including her charming, charity-driven widow who poses à la natural in Calendar Girls (2003), and the maternal witch-wife Molly Weasley in the J.K. Rowling "Harry Potter" series beginning with Harry Potter and the Sorcerer's Stone (2001) and ending with Harry Potter and the Deathly Hallows: Part 2 (2011). For her work on film and television, the British Academy of Film and Television Arts has honored Julie five times, including four awards in a row (2001-2004).Married to Grant Roffey since 1997 after a 12-year relationship, the couple tend to a 70-acre organic farm they bought in Sussex. They have one daughter, Maisie Mae Roffey (born 1988). In 1999, Julie was appointed Officer of the Order of the British Empire (OBE) at the Queen's Birthday Honours for her services to drama, and in 2008, was made Commander of the Order of the British Empire (CBE). In 2017, she was appointed Dame Commander of the Order of the British Empire.Other more recent millennium films for Dame Julie include Wah-Wah (2005), Becoming Jane (2007) (as Jane Austen's mother), Mamma Mia! (2008), Paddington (2014), Brooklyn (2015), Paddington 2 (2017), Mamma Mia! Here We Go Again (2018), Mary Poppins Returns (2018) and The Secret Garden (2020) as Mrs. Medlock.

A Grand Night In: The Story of Aardman