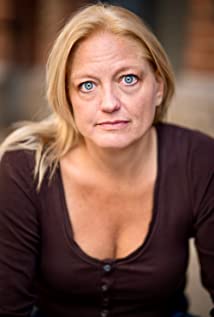 Julie Reifers is originally from Florida. After Graduating College from The University of South Florida where she got her BFA in Theater ,she came to NYC to pursue her dreams of Acting. But as Life has for so many can be such a struggle, it wasn't until 2014. She had a huge life change and realized what she had to do if she ever was to make it in this career. Her ability to transform her look has offered her a wide range of roles. She can go from the Ditzy Blond Bombshell to the gritty, edgy Crack head with in minutes. You can see her soon on The Iliza Shlesinger Sketch Comedy Show on Netflix. Also "The Path" on HULU and also was in AMC theaters for the feature film "Pickings" as Sexy Mary. (one of her lovely characters) She is in many short films that are in the festival circuit now including her own film she produced called "Tammy Smoke" based a little on her life. She also is a Co-Producer for the Feature Film "Misty Button" which won many awards at many festivals, including Best Picture at The SOHO International Film Festival, and will be out Nationwide in 2020. She is represented by Andreadis Talent Agency and JHA Management in NYC.

I Now Pronounce You Chuck & Larry