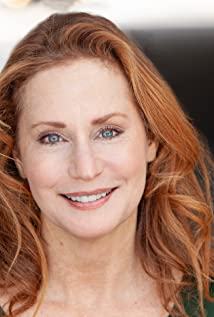 Julie Kendall is dedicated, passionate, well-trained actress, residing in Atlanta, GA. Her exciting career began 17 years ago, when she enrolled in her first acting class, as a means to overcome a fear she had of speaking in front of large groups; something that was required of her, in her profession as a Sales Manager. Through her acting classes, she quickly discovered her true life's purpose; telling stories through her characters. She fell madly in love with acting and left her then lucrative job, to pursue her dreams.In just 17 years, Ms. Kendall has been blessed to perform some very challenging, powerful & exciting roles in film, TV and commercials, alongside lots of renowned actors, directors and producers. Most recently she was on the Netflix series, "Cobra Kai", as a Surgeon, and on Investigation Discovery's "Your Worst Nightmare", as Tammy Kelso. She also earned Guest Star recurring credit on Tyler Perry's "If Loving You Is Wrong", as Nurse Jules. Many of her of other projects can be seen on Netflix - "New Hope", Showtime, Movie Channel, and on the Lifetime Network - "Assumed Killer", to name a few. Other projects have been accepted into festivals, and some have won awards. Kendall was also nominated for Best Actress for the Miami Lifetime Awards, for the film "Amidst The Devil's Wings"Enlightened by her experiences, Ms Kendall has learned to embrace and love the journey that she has been blessed with. Her passion & determination for living her best life, keeps her excited, open and ready for all possibilities, and miracles.