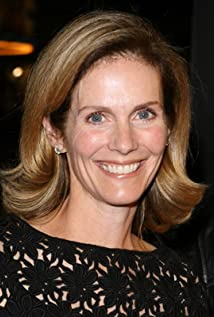 Hagerty made her off-Broadway debut in 1979, starring in Mutual Benefit Life at her brother's theater, The Production Company. She continued appearing on stage, including starring in a Broadway version of The House of Blue Leaves. She was subsequently cast opposite Robert Hays in the parody film, Airplane! It was released in June 1980 and became the third-highest grossing comedy in box office history at that time, behind Smokey and the Bandit (1977) and National Lampoon's Animal House (1978). Airplane! was considered the first of the modern parody genre and established Hagerty as a noted comedic actress.Hagerty spent the 1980s starring in a number of theatrical films, including the well-reviewed Albert Brooks film Lost In America and Woody Allen's A Midsummer Night's Sex Comedy. Throughout the 1990s and 2000s, Hagerty had supporting roles in Hollywood films, including the '90s comedies What About Bob? and Noises Off, as well as a part in the 2005 film Just Friends and 2006's She's the Man.In 2000, she narrated the audio book version of The Trolls, a children's novel by Polly Horvath. In 2002, she appeared in the Broadway revival of Mornings at Seven. Starting in 2011, she took over as the voice of Carol, Lois's sister, on Family Guy. On Television, Hagerty was last seen recurring on NBC's "Trial & Error." Other selected credits include, "Family Guy," "New Girl," Happy Endings" and "Grace & Frankie." In 2013, she starred in Jonathan Demme's final film, "A Master Builder," where her work was hauntingly brilliant.Most recently, Julie Hagerty can be seen starring opposite Mark Wahlberg and Rose Byrne in Paramount Pictures' Instant Family (2018), Additionally, Julie stars opposite Scarlett Johansson, Adam Driver, and Merritt Wever in Netflix's Marriage Story (2019), and then in Disney's Christmas movie Noelle (2019), where she plays 'Mrs. Claus' opposite Anna Kendrick, Shirley MacLaine, Bill Hader, and Billy Eichner.

Confessions of a Shopaholic