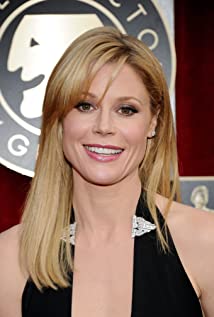 Julie Bowen was born in Baltimore, Maryland, and is the middle daughter of Suzanne and John Luetkemeyer Jr., a real estate developer. Her early education was at Calvert School in Baltimore, and Garrison Forest School, Maryland. She moved on to St. George's School, Rhode Island and then attended Brown University, graduating with a BA in Renaissance Studies.During college Bowen acted in stage productions such as "Guys and Dolls" and "Stage Door". After graduation she relocated to New York and studied at the legendary Actors Studio. Success followed with a series of TV roles, and in 1996 she appeared as the love interest in Happy Gilmore (1996). Other supporting film roles followed. However, it was on television that she was destined to make the biggest impact, with strong turns in ER (1994), Ed (2000) and Boston Legal (2004), among others. From 2009 she has starred as Claire Dunphy in the hit series Modern Family (2009), for which she has won Emmy and Screen Actors Guild awards.Julie is married to Scott Phillips, a real-estate investor, and they have three sons: Oliver, and twins Gus and John.